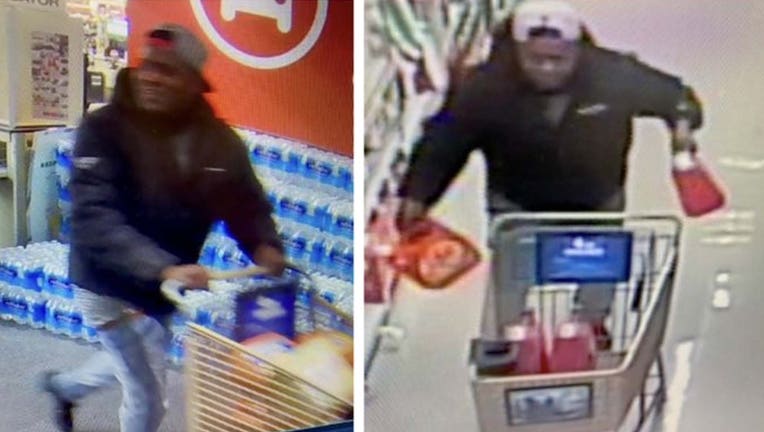 LACEY, Wash. - Police need help identifying a man suspected of stealing $333 worth of laundry detergent and garbage bags from a Safeway in Lacey last weekend.

According to Lacey Police, the man was captured on surveillance video stealing a shopping cart full of Tide detergent and garbage bags from the Safeway on Yelm Hwy SE and College St around 9:14 p.m. Saturday.

The suspect got into a red 2001 Ford Escape, Washington plates CDW1125, and sped off. Officers attempted a traffic stop, but the suspect drove away, heading north on College St SE.

Police say the suspect has stolen from this location several times. It is not known exactly why he stole Tide detergent, but law enforcement agencies around the U.S. have warned for years that it can be used as currency when trading for drugs.