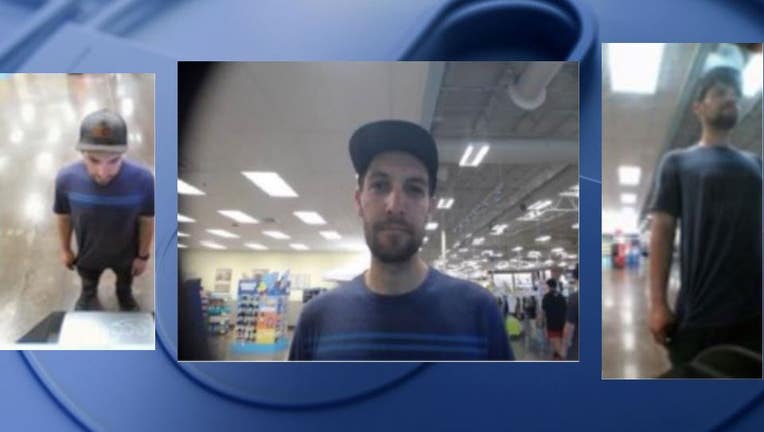 LACEY, Wash. - Police are asking for the public's help in finding a man accused of stealing a customer's phone at a Fred Meyer on Sunday.

According to the Lacey Police Department (LPD), at 4:52 p.m., 37-year-old Justin David Holden stole a cellphone from a customer at the Lacey Fred Meyer on Sleater Kinney Rd. SE.