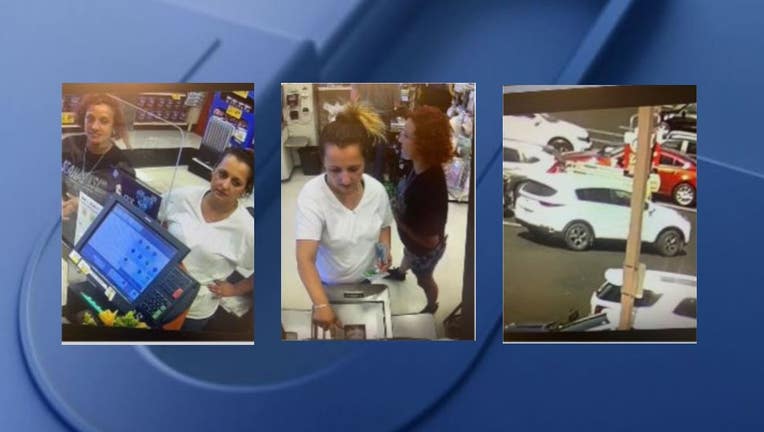 LACEY, Wash. - Police are asking the public for help in identifying two people that broke into a car, stole a victim's credit cards and used them to commit fraud last month.

According to the Lacey Police Department (LPD), on July 24, the suspects were car prowling in the LA Fitness parking lot on Galaxy Dr. NE. Shortly after stealing the victim's credit cards, the two suspects used them to make purchases at Safeway and Big 5 Sporting Goods.

The LPD posted two photos of the suspects on Twitter Friday afternoon. One appears to have short, red curly hair. The other has black hair with blonde highlights. Both were seen driving a white SUV.