LACEY, Wash. -- Lacey police are looking for a man who attacked and tried to sexually assault a woman in her 70s who was walking along a trail near the Saint Martin's University campus.

Police say the attacker came up behind the woman and hit her in the face and head several times last Thursday morning. The victim said he knocked her to the ground and dragged her about 20 feet into the woods.

The victim said she yelled at the man to stop -- and it worked. The man apologized and fled on a silver mountain bike, she told police.

Woman Attacked While Walking On Trail

The victim told Q13 News that she had a black eye, mild concussion and minor cuts from the attack.

University students and state workers from the nearby Department of Ecology exercise on the trails daily.

Miriam Duerr, a state worker, said it's a "really populated area" and "the police department is right around the corner."

"Having it happen in this proximity makes you nervous," she said.

Duerr said the attack isn't going to keep her away from walking around the retention pond right across from the university.

She said she's vigilant. "I don't have my headphones in and I'm walking fast."

The university advised students to stay in open areas and stick to other people as much as possible. Some students said that they will walk in pairs. 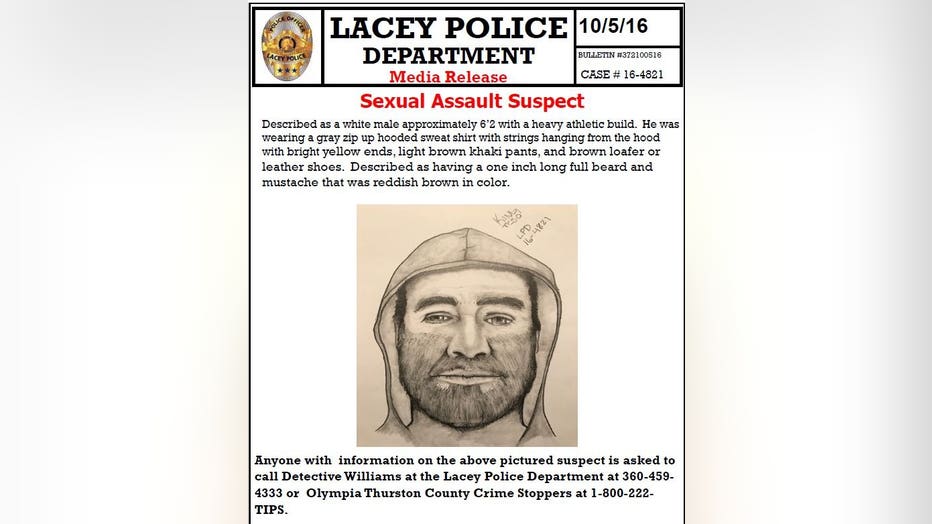