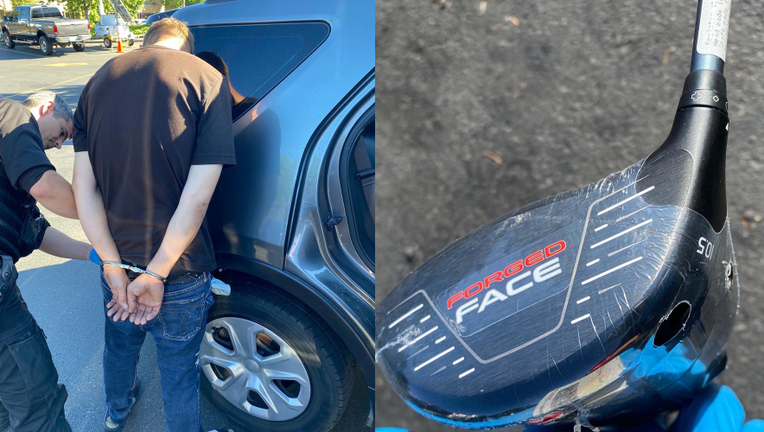 LACEY, Wash. - Police arrested a man who stole an expensive club from a golf course clubhouse in DuPont, and tried selling it online.

According to the Lacey Police Department (LPD), on Wednesday, authorities received a report of a stolen golf club valued at $500.

The person who filed the report told authorities that the club had a serial number, and that he also had surveillance footage of the suspect. He also told the LPD that he saw that the club was posted on OfferUp, an app used to buy and trade used items in the local area.

The LPD says their Community Resource Unit contact the seller to set up a meeting on Friday. When authorities arrived, they noticed the seller looked just like the suspect in the surveillance video.

RELATED: Seller gets robbed at knife-point after posting iPhone for sale on app

Authorities say they arrested the suspect on scene, and booked him into jail for possession of stolen property.