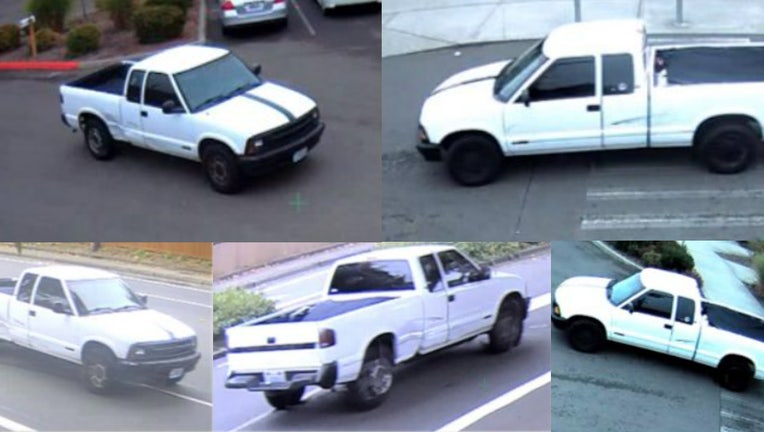 According to the Lacey Police Department (LPD), two suspects in a white pickup truck were prowling through the North Thurston High School parking lot at around 12:30 p.m.

Authorities say the suspects broke into the coach’s car and stole a bag full of football gear, a playbook and other practice items.

The LPD says the truck has easily identifiable features that include a large dent in the passenger side, two black wheels on the driver’s side, a single black stripe on the hood and dark tinted windows.

RELATED: Police searching for suspect who stole money from a Lacey grocery store