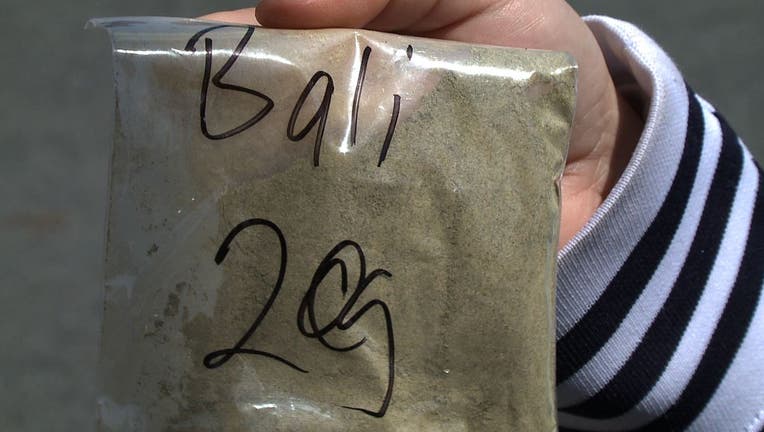 Kratom is a tree leaf and it’s in the same family as coffee trees. One customer says it helps her control her anxiety and depression. (Photo: KCPQ-TV)

SEATTLE -- Federal agents carried out raids in more than 24 states on Wednesday. Agents were after the makers and sellers of drugs that go by names like K-2, Spice, and bath salts.

The products are meant to mimic the effects of better-known drugs like marijuana and methadone but can be dangerous.

DEA officials said using synthetic drugs is like playing Russian roulette because the ingredients and dosages vary so much from package to package.

Synthetic drugs have been banned in Washington state since 2010, but another substance is still widely available, legally, and over the counter.

It’s called kratom and it’s been used in Asian countries for decades. The DEA and some medical professionals worry it could be dangerous and addictive.

Kratom is a tree leaf and it’s in the same family as coffee trees, but the DEA says there is no legitimate medical use for kratom. In Britain, kratom is sometimes called herbal speedball.

“I just bought 100 grams,” said Lisa Jeanneret, who uses kratom. “It’s just a powder form and I mix it in water.”

Jeanneret buys her kratom from a Capitol Hill smoke shop. She says it’s the only thing controlling her anxiety and depression.

“I’m on every pharmaceutical drug known to man; that’s not working for me,” Jeanneret said. “When I discovered this, it’s taken almost all of my symptoms away.”

Jeanneret says most people have never heard of kratom , but it’s already on the radar at the Washington Poison Center. A half-dozen people call in each year worried they’ve overdosed on kratom.

“I think it’s prone to abuse and I think if you take too much, it can be very harmful,” said toxicologist Thomas Martin.

The DEA said kratom is not only addictive, but it’s also a tough habit to break. The agency cites several cases of kratom psychosis in Thailand that include hallucinations, delusions and confusion among addicts.

“It has both opioid-like properties and stimulant-like properties,” said Martin. “Some people believe you can use it to help withdrawal from opioid addiction more safely.”

Unlike bath salts and synthetic pot, kratom so far is not listed as a controlled substance. But Martin believes it should be banned.

“If a head shop or a truck stop knows that a substance has been scheduled and it’s illegal to sell it, that is a significant deterrent for making the drug available. I think that’s one legitimate approach,” said Martin.

Jeanneret is hopeful the government will leave kratom as is, and keep it readily available.

“Let’s hope it keeps going and that they don’t do anything about it because it’s saving my life right now,” Jeanneret said.