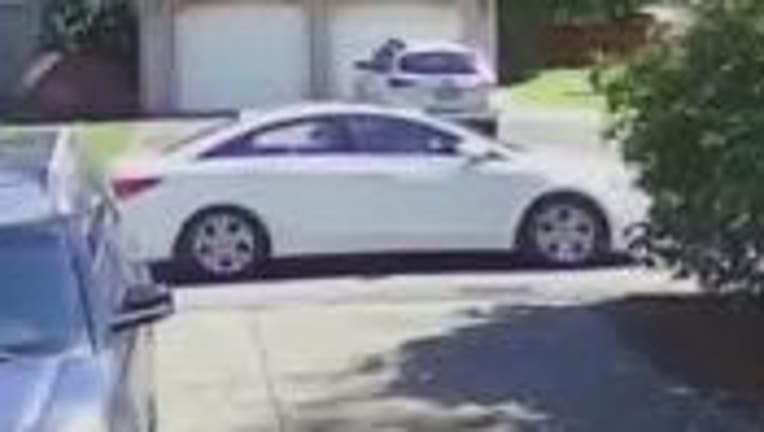 Search for man who was enticing young children with a dog

The Kitsap County Sheriff's Office is looking for a man who allegedly enticed young children with a dog.

The incident happened last Thursday before noon, according to the Kitsap County Sheriff’s Office, and a witness reported seeing a man in a vehicle luring young children under the age of six with a dog.

"They described an older gentleman with white hair driving a newer white sedan who had a small white dog with him and he was trying to coax some small children to come see his dog or lure them towards him," said Sgt. Ken Dickinson, Kitsap County Sheriff’s Office. "The passerby was able to slow down and kind of stare, or look at the person, and scared him off."

That neighbor went to go notify the parents after reaching her home, but when she had returned to the children’s home, that man was back.

"He had a fluffy puppy that he was holding out of the window and with another hand was waving our children," said Hannah Templeton.

"It’s the most cowardly thing you could possibly do to go after a defenseless child," said Ian Templeton. "I’m proud of them that they did not go over. For being as young as they are that was a real testament to their maturity."

The vehicle is described as a newer model white Hyundai Elantra or Sonata. There’s surveillance video from neighbors who picked up video of the car going down the quiet neighborhood in the area of Hill Bend Lane.

"It’s always a good idea to sit your children down and talk to them about what you would expect them to do in a situation where a stranger came to them, certainly not to go to them and be enticed by a puppy, candy or any other kind of thing somebody would use to lure a child," said Sgt. Dickinson. "If someone were to try and grab onto your children teach them to run and scream and draw attention to themselves so other people can see them."

If you recognize the vehicle in the surveillance video, or have information on the driver who detectives are looking for, send you tip to Crime Stoppers. You can do it right on your phone through the P3 Tips App or call the hotline at 1-800-222-TIPS. You could end up receiving a $1,000 reward.