COLORADO SPRINGS, CO (KRDO/CNN) – A six-year-old boy kissed a classmate and got suspended for sexual harassment. Now his mom is fighting to get the incident removed from his school record.

"It was during class yeah," Hunter said. "We were doing reading group. And I leaned over and kissed her on the hand. That's what happened."

For that, six-year-old Hunter is at home instead of at school.

"I did something wrong," Hunter said. "They sent me to the office, fair and square. I feel sorry. I'm trying to be good at school." 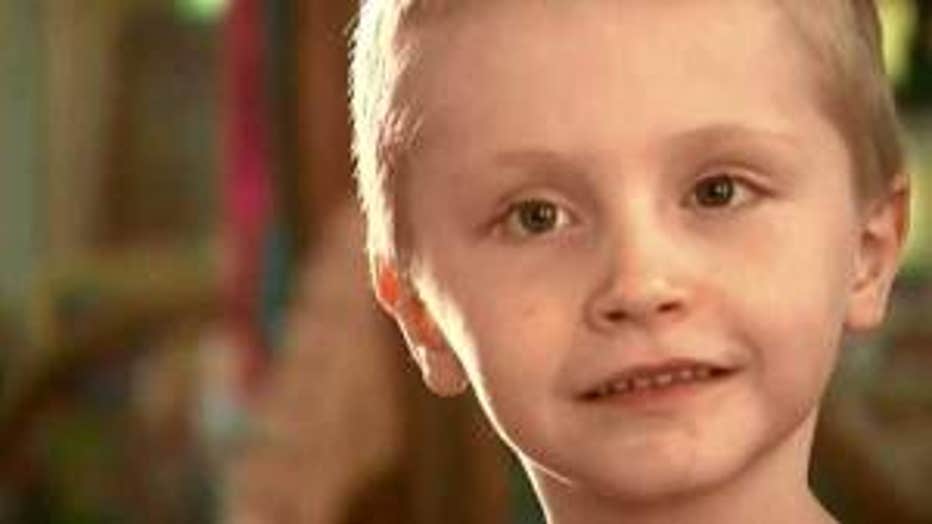 Six-year-old Hunter has been suspended from school for kissing a classmate on the hand. (From CNN)

"She was fine with it; they are "boyfriend and girlfriend", Hunter's mother, Jennifer said. "The other children saw it and went to the music teacher. That was the day I had the meeting with the principal, where she first said sexual harassment. This is taking it to an extreme that doesn't need to be met with a six-year-old. Now my son is asking questions; what is sex mommy? It should not ever be said, sex, in a sentence with a six-year-old."

Both Hunter and his mom admit that he's had some trouble at school in the past. He's been suspended for roughhousing and for kissing the same girl on the cheek.

"We've been working with him with the classroom disruption," Jennifer said. "He was grounded for awhile. Big restrictions."

"Are you trying to be good at school?"

The superintendent at School District RE-1 says Hunter's record will remain within the district and that Hunter's actions fit the school policy description of ‘sexual harassment.'

"How can you do this?" Jennifer said. "How can you say this about my child? Remove sexual harassment, remove it from his record. I need to stand up and fight for him. I can't just let that happen because that's not the case, that's not what happened at all."

A child clinical psychologist says it is normal for six-year-old boys to try to kiss girls. She believes suspending him, and calling the kiss sexual harassment, sends mixed messages to kids.

She says it would have been better for the school to use it as a learning opportunity.