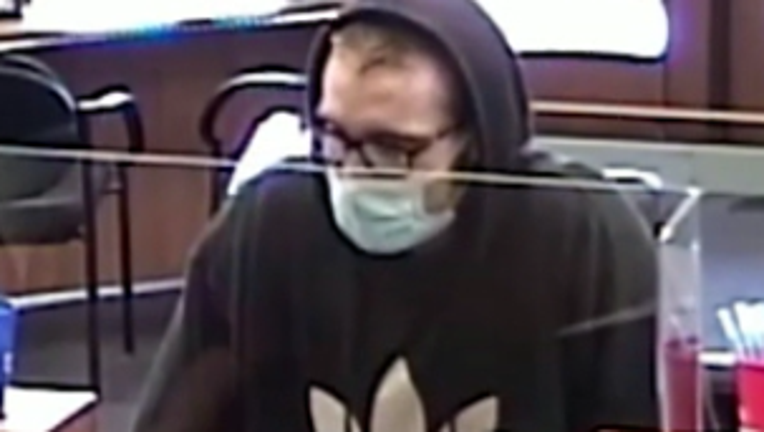 Crime Stoppers of Puget Sound offering cash reward up to $1,000 for ID of 'Bottom drawer bandit' in Kirkland

KIRKLAND, Wash. - The mask mandate has made it easier for bank robbers to avoid arousing suspicion but Kirkland Police are hoping somebody can identify the ‘Bottom drawer bandit’.

Detectives say he parked his mountain bike and walked into the U.S. Bank in the Juanita area around 10 a.m. on Saturday, September 11, 2021.

Surveillance video shows him approaching the counter where he gave the teller a note saying he wanted all of the money out of the bottom drawer.  The teller showed him that there weren't any bills under the tray and gave him the cash on the top instead.

He walked out of the bank, got on his bike and rode eastbound on 132nd St.

"At some point, the officers were able to locate some of the articles of clothing that he had discarded in a neighboring apartment complex area and it’s believed at this time that he most likely got into a vehicle.  Unknown if it was driven by anybody else or if it was parked and staged earlier," said Det. Corporal Cody Mann with Kirkland Police. 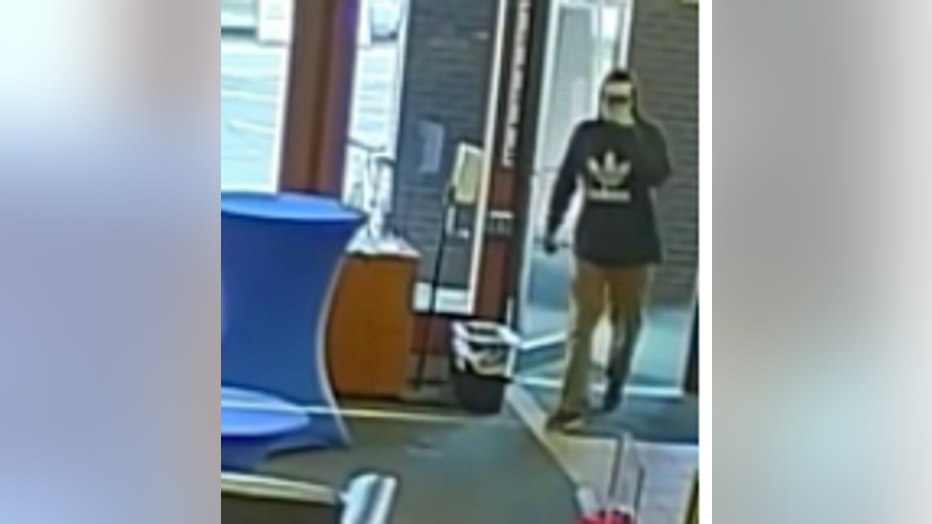 Detectives are asking for the public's help to identify the suspect. He is white, average build and was wearing an Adidas sweatshirt, tan pants, thick rimmed glasses and mechanic or garden style gloves.

Crime Stoppers of Puget Sound is offering a cash reward of up to $1,000 for information that leads to his arrest.  If you know his name or have any other information to help detectives locate him, text the the information and any photos you have through the P3 Tips App that you can download to your cell phone for free or call 1-800-222-TIPS (8477).  You can also submit tips at www.P3Tips.com.  It is anonymous.