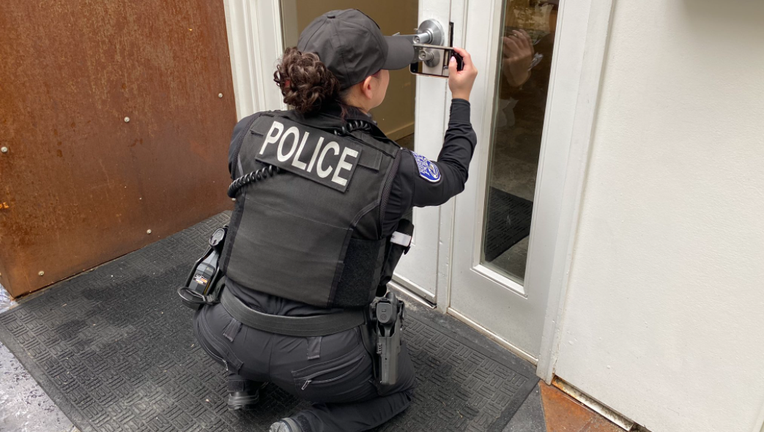 KIRKLAND, Wash. - The search is on for a suspect described as "Santa", who broke into a building and carried stolen goods in a large sack Friday morning, according to Kirkland Police Department.

At around 11:00 a.m., Officer Trombley tweeted about the burglary investigation:

"The burglary I investigated occurred early this morning and our reporting party described the suspect as "Santa", because of the large sack used to carry the stolen items away. We will be on the lookout for you anti-Santa! -Ofc. Trombley"

This is a developing story as details about the burglary and the suspect are limited at this time.

On Friday, the Kirkland Police Department (KPD) launched their first ever "Tweetalong". Similar to a ride along, a Tweetalong is an endeavor where the department posts Twitter updates showing a day in the life of one of their officers. In Friday's Tweetalong, KPD followed Officer Tiffany Trombley.

According to KPD's Tweetalong, before Officer Trombley could finish her report on the burglary, she was called on a report of a stolen credit card. That suspect was found and arrested.

To gain insight on what KPD officers do every day, look up #kirklandpdtweetalong on Twitter or click here.