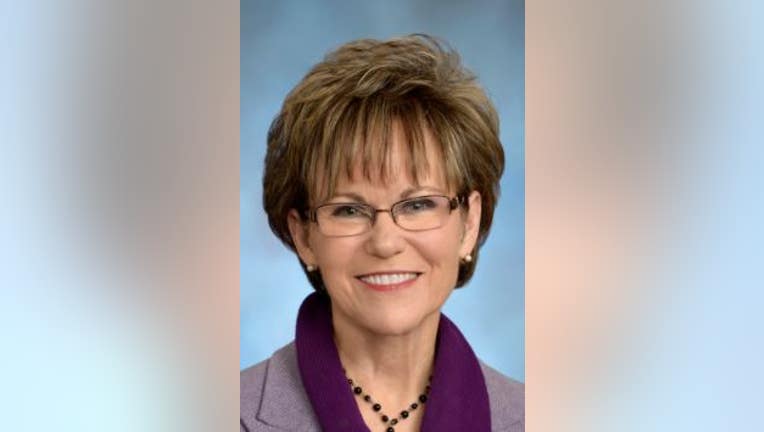 SEATTLE - In response to mailers deemed as racist that were sent out by King County Councilmember Kathy Lambert’s campaign last week, the Council unanimously approved a motion to remove Lambert from leadership positions within Council on Tuesday.

Lambert, who’s facing a tough re-election after two decades of running mostly unopposed, sent the mailer, which portrays her opponent as a marionette who "will be a rubber stamp for bringing radical Seattle policies to the Eastside" and her Black colleague on the Council, Girmay Zahilay, as a puppet master.

The Council voted 9-0 to also remove Lambert from all assignments where she represents the Council on external boards and committees.

"The mailer and subsequent statements have undermined our ability to work with each other, our staff’s confidence in us as leaders, and our reputation and relationships with outside organizations and agencies. Based on those impacts, it was imperative that we take concrete action quickly," said Council Chair Claudia Balducci.

Additionally, there has been a request to investigate whether the mailer violated the Council’s harassment policy.

On Friday, Lambert apologized for the mailers after supporters of her campaign and a longtime donor withdrew their endorsements:

Zahilay, earlier this week, denounced the ad as racist and inaccurate, noting that he’s not a socialist and he’s not the only County Council member to endorse Lambert's opponent, Sarah Perry. But he is the only Black member of the County Council.

"I need to apologize for the harm that the flyer has caused to Councilmember Zahilay, my colleagues, the public I have long worked for and appreciate and to my family," Lambert said. "My dedication and heart are not to hurt, but to serve. This message is certainly not what was intended."

Lambert said she has fired her political consultant.