KING COUNTY, Wash. - King County Executive Dow Constantine has urged the county sheriff to retire after she defended a deputy who fatally shot a high school student in 2017.

King County Sheriff Mitzi Johanknecht sent an internal email last month after announcing a $5 million settlement in the shooting death of 20-year-old Tommy Le, saying the settlement is "not a reflection of how I view the actions" of Sheriff’s Deputy Cesar Molina, The Seattle Times reported Monday.

An investigation determined Molina shot Le twice in the back after Le reportedly ran toward deputies with a ballpoint pen.

"I urged her to consider retiring immediately and allowing the people of King County and the law enforcement community to instead focus on the important transition ahead," Constantine said in a letter to a constituent that was provided to the The Times. Constantine’s office confirmed the authenticity of the letter. 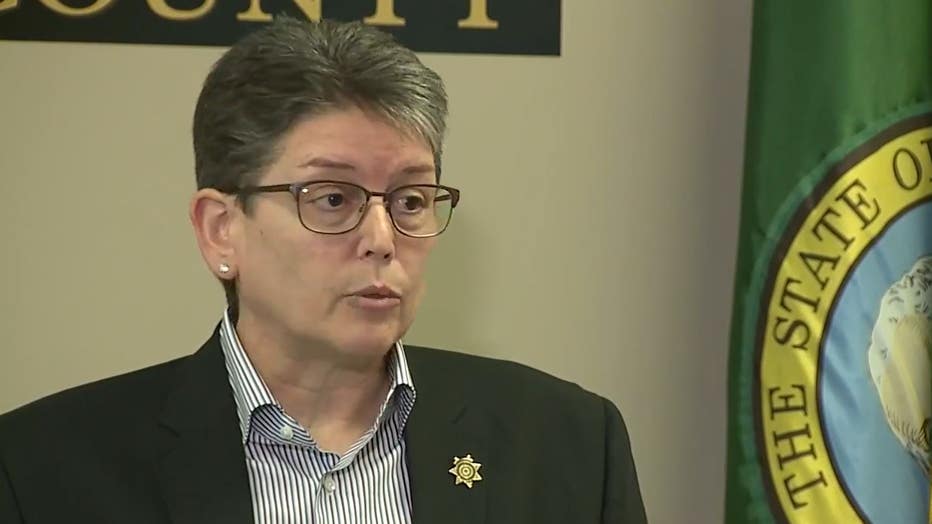 Johanknecht has said she has no plans to resign before her term expires in early 2022. Constantine said it is a "long shot" that Johanknecht will be appointed again.

"We are in the process of hearing from the public and defining what the region wants in its next Sheriff, and this work will accelerate no matter how Sheriff Johanknecht decides to proceed," Constantine said.