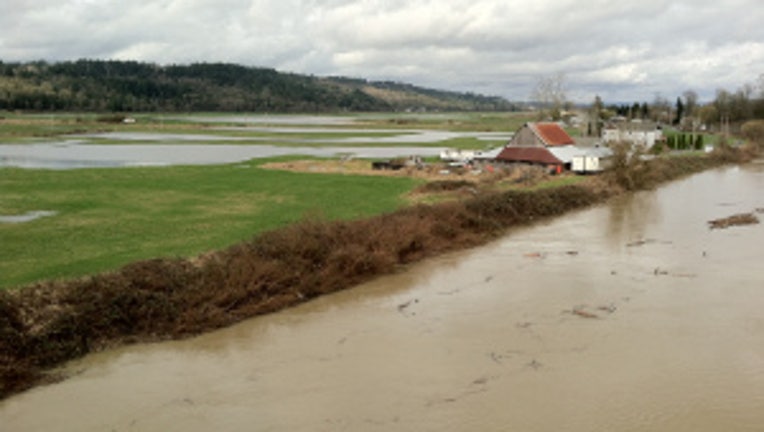 SEATTLE - Here's the good news: even thought major rivers in King County are running high and fast, there's no major flooding currently, or in the forecast.  The King County Flood Warning Center has issued a phase 3 alert for the Snoqualmie River, and a phase 2 alert for the Tolt and Green Rivers.  The recent heavy rains has increased river flows, with some minor to moderate flooding.

This information was released at 1:15pm Sunday:

Flows on the Green River were expected to exceed 8,000 cubic feet per second (CFS) at the Auburn gage early Sunday afternoon, triggering the Phase II flood alert level from the Flood Warning Center, which has been open since 12:30 a.m. on Sunday, March 9 to closely monitor flood flows. At this level, only minor flooding is typically expected to occur in rural areas of the Green River upstream of Auburn.