Kenneth Ruffer was found shot to death at age 26 on Nov. 27, 1995, in a vehicle parked in White Center, south of Seattle.

The King County Sheriff's Office says investigators learned that he may have been set up for a robbery by a woman he knew, and a 29-year-old man was also identified as a suspect. 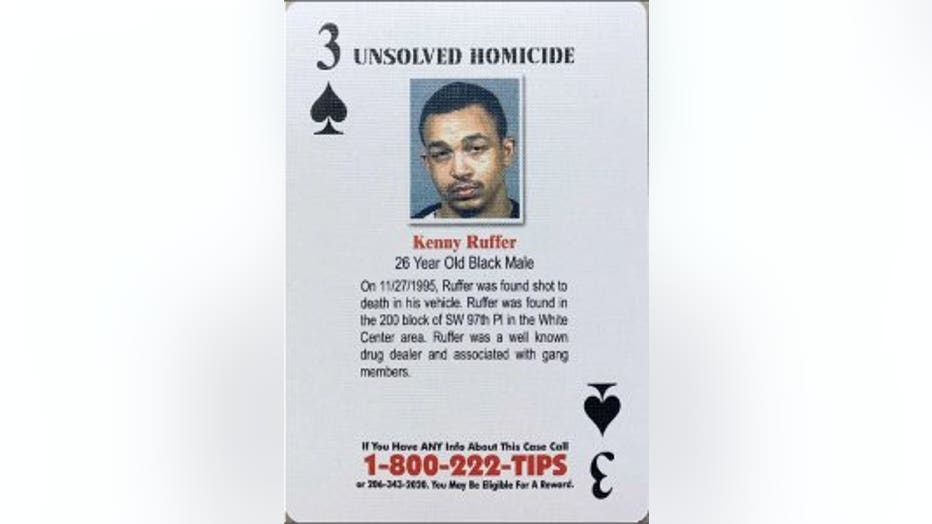 DNA evidence was eventually linked to the man, but detectives said they needed a cooperating witness to make any arrests.

The sheriff's office says they spent the past year re-examining the case and getting in touch with witnesses to develop that cooperation.

“Our detectives never give up in their quest for justice for all victims” said Sheriff Mitzi Johanknecht. “Today, their tireless work has hopefully brought some comfort to Mr. Ruffer’s family.”

Investigators said they arrested the now 52-year-old man and 48-year-old woman Wednesday. Their identities were not immediately released.

“This case, and others like it, highlight the need for funding of a dedicated Cold Case Unit,” said Johanknecht. “The King County Sheriff’s Office has over 300 unsolved cold cases. Our major crimes detectives must balance cold case investigations with a high volume of current cases” said Sheriff Johanknecht. “Every victim matters and I will continue to seek ways to ensure those who do them harm are accountable for their actions.”