FUGITIVE CAPTURED March 18, 2014 -- Two detectives with the King County Regional Auto Theft Task Force arrested Eric Navarro Tuesday, when he showed up at the place they were having lunch. The detectives say Navarro told them where the stolen Volkswagen Passat was. 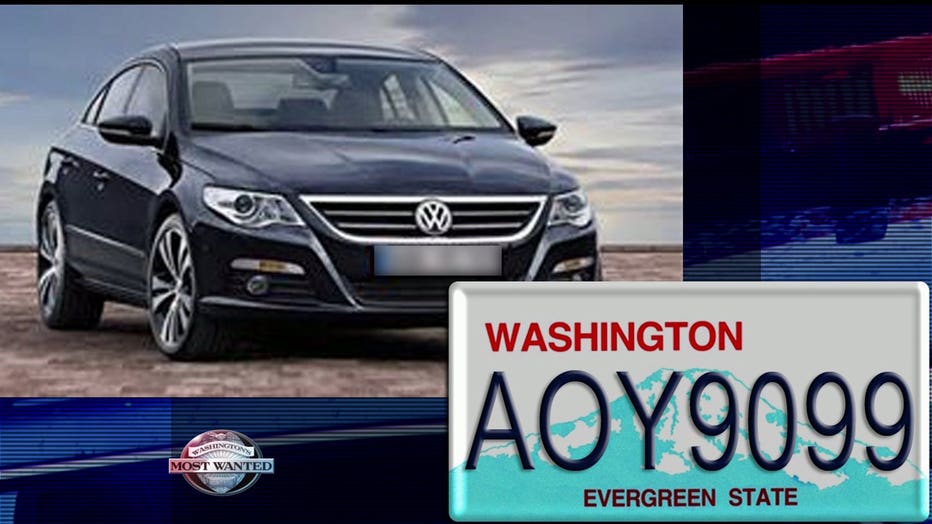 FUGITIVE WANTED IN KIRKLAND and KING COUNTY March 14, 2014 -- An accused car crook leaves a mangled ignition behind -- and his fingerprints. That's how Kirkland police say they were able to link six-time felon Eric Navarro to the attempted car theft crime for which he is being sought.   Detectives say his shoddy handiwork didn't get that car to start. But, police said he did successfully steal a Volkswagen Passat, like the one above, last month and could still be driving it right now -- using it for his alleged high-speed crime spree. "In February, one of our officers spotted him in a stolen vehicle," King County sheriff's Sgt. Cindi West said. "When we tried to stop him, he fled. We chased him and speeds reached up to 100 miles per hour in the pursuit, and the deputy finally discontinued the pursuit for safety reasons. "A couple weeks later, a woman in the Kent area came home. Her house was being burglarized. The suspect fit the description of Navarro. The suspect jumped into that same stolen Volkswagen Passat and fled the area. A short time later, State Patrol troopers found the vehicle, pursued it all the way to Everett before, again, they discontinued for safety reasons," West said. That stolen Passat's license plate number is AOY9099. Eric Navarro is 20 years old, and, as you can guess from all that ink on his head and neck, has a ton of tattoos all over. He's accused of busting into homes, stealing cars, and leading cops on dangerous -- potentially deadly -- high-speed chases... Let's help cops in Kirkland and King County hit the brakes on this reckless bad guy, before he seriously hurts someone. If you know where he’s hiding, call an anonymous tip into: CRIME STOPPERS: 1-800-222-TIPS You must call the Crime Stoppers hotline with your tip to be eligible to receive a cash reward for information leading to a fugitive’s arrest. CLICK HERE for information on how to TEXT A TIP to Crime Stoppers 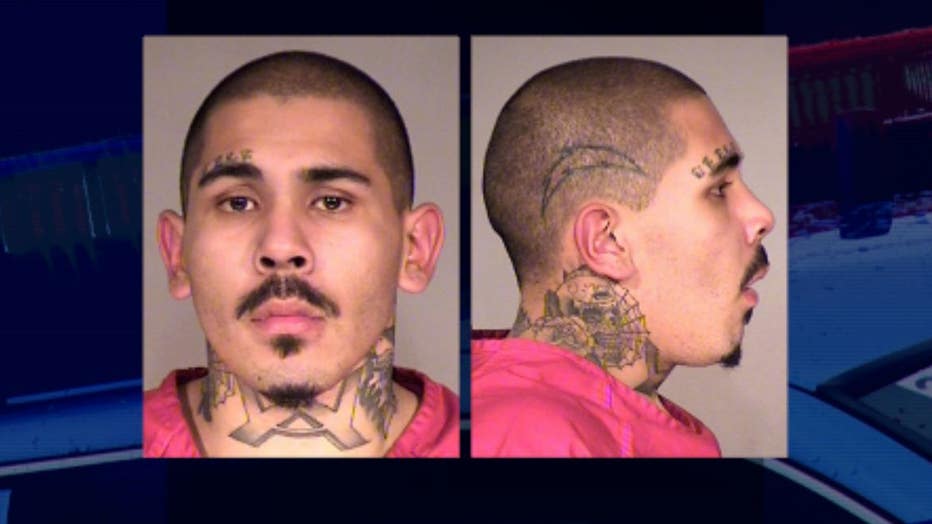