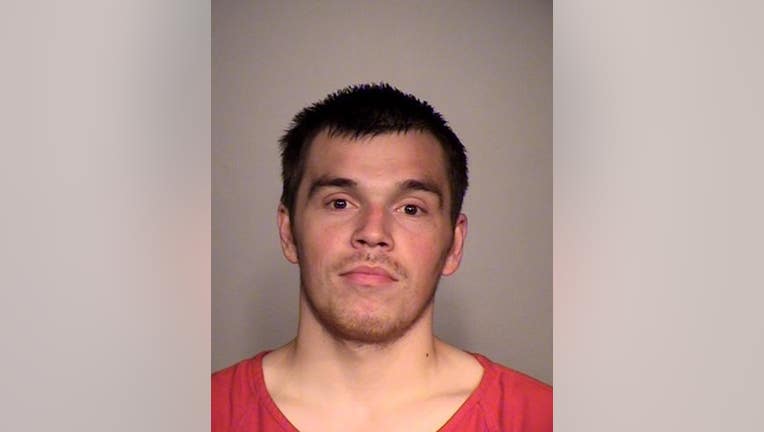 FUGITIVE CAPTURED December 18, 2014 -- The King County Sheriff's Office says Nicholas Naimo was arrested at a residence in Black Diamond on Thursday. Naimo told detectives once he saw himself on Washington's Most Wanted, he immediately dyed his hair, kept moving from house to house, changed his phone number to try and evade capture, and wore a hoodie to try and hide his face whenever he was outside. FUGITIVE WANTED IN KING COUNTY October 24, 2014 -- King County detectives are hoping someone out there knows where to find this man believed to be armed and dangerous and wanted for domestic violence. Nicholas Naimo is accused of assaulting the mother of his child and then threatening to kill her if she called 9-1-1. "Not only did he say he was going to kill her, but that he didn't care if he would go to jail for doing so, and he threatened her if she called 911 that that would cause him to kill her, and he also told her that she better not be staying at home that night alone, because he was going to come kill her," said Sgt. DB Gates of the King County SHeriff's Office. Deputies believe Naimo is in the Black Diamond, Kent or Covington area. October is Domestic Violence Awareness Month -- even more reason to get this guy off the streets. If you know where he is, call an anonymous tip into: CRIME STOPPERS: 1-800-222-TIPS You must call the Crime Stoppers hotline with your tip to be eligible to receive a cash reward for information leading to a fugitive’s arrest. Click here for information on how to text a tip to Crime Stoppers.