What community members and organizations are doing county-wide to prevent gun violence and raise awareness.

It includes $1.47 million in investments to address the increase in gun violence through "data-driven identification of the groups and neighborhoods at the highest risk of being involved in a shooting, increased community engagement, and increasing community staffing with employees to connect community members to services and support opportunities." 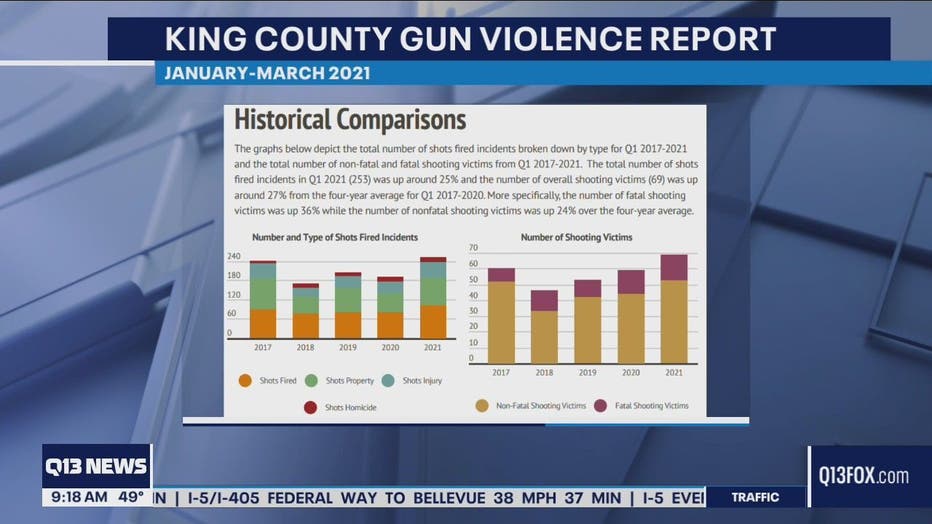 A breakdown of demographics found the shooting victims were predominately young men of color.

Seattle experienced a dramatic increase in homicides in 2020, but overall violent crime was slightly down for the year.