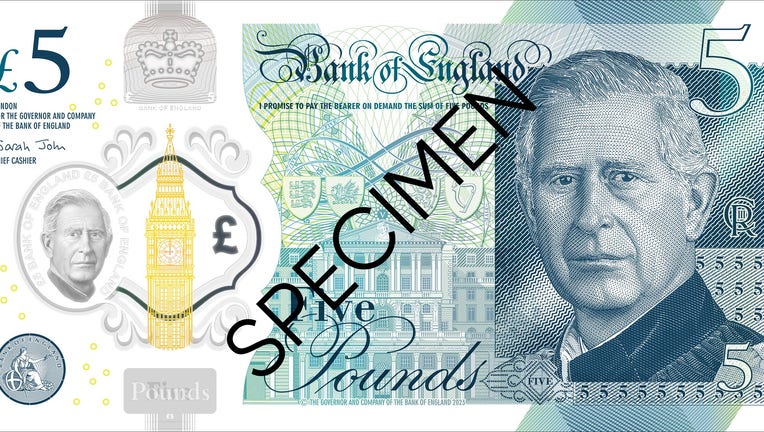 LONDON - The Bank of England has revealed designs for its new currency featuring the face of King Charles III.

Charles will be only the second monarch to appear on British banknotes, according to the Bank of England. The new £5, £10, £20 and £50 notes are expected to be in circulation by mid-2024.

"In line with guidance from the Royal Household, to minimise the environmental and financial impact of this change, new notes will only be printed to replace worn banknotes and to meet any overall increase in demand for banknotes," the Bank of England said. "Notes featuring HM Queen Elizabeth II and King Charles III will therefore co-circulate."

Banknotes were first issued in England at the end of the 17th century, but the face of the British monarch has only appeared on them since 1960, according to The New York Times.

In late September, Britain’s Royal Mint unveiled the first coins to feature Charles. The coins were expected to be in circulation by December.

The coin’s design was personally approved by Charles, the Royal Mint said. In keeping with tradition, the king’s portrait faces to the left — the opposite direction to his mother’s, Queen Elizabeth II. 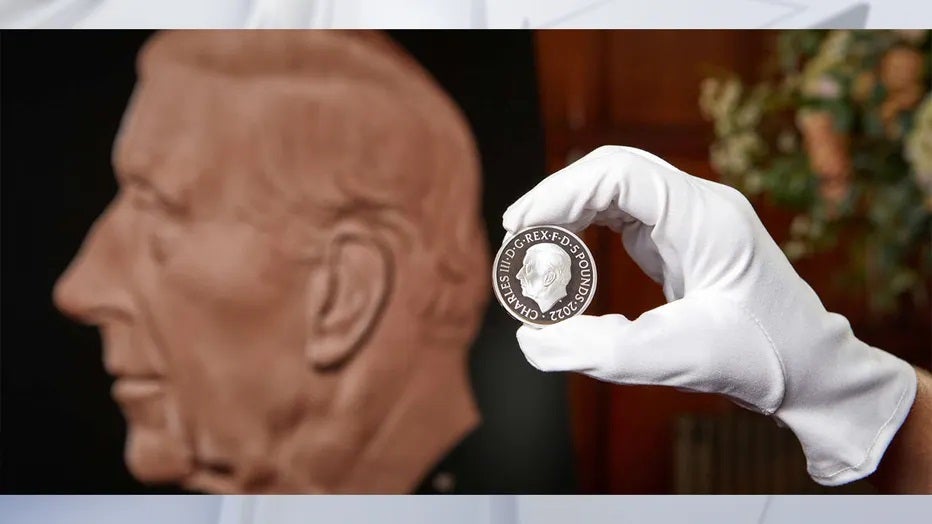 "Charles has followed that general tradition that we have in British coinage, going all the way back to Charles II actually, that the monarch faces in the opposite direction to their predecessor," said Chris Barker at the Royal Mint Museum.

Charles took the throne Sept. 8 following the death of his mother, Britain’s longest-reigning monarch, who died at age 96.

King Charles III and Prince William made a surprise visit to greet people in the queue to see the coffin of the UK’s late Queen Elizabeth II in London, England, on Saturday afternoon, September 17. (Credit: Richard Green via Storyful)

Around 27 billion coins bearing Elizabeth II’s image currently circulate in the United Kingdom All will remain legal tender and be in active circulation, to be replaced over time as they become damaged or worn.