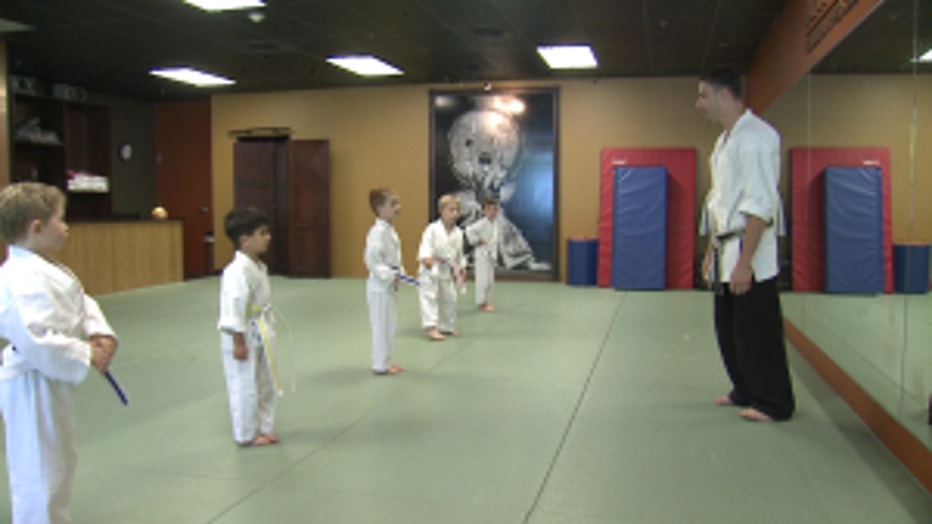 It’s why Andrew Knebel is focusing on “stranger danger” techniques during his karate class on Mercer Island, and the Black Belt instructor is teaching those techniques young students who are only 3 to 5 years old.

“We want to empower them to take on every day challenges and one of those is stranger safety,” Knebel said. “We want them to feel prepared should that situation arise.”

Knebel makes it fun for the kids, but the message is clear. The students are taught that if a stranger confronts them, they take a step back, bringing their arms across their bodies so they can't be grabbed.

They then holler “stranger,” turn, and run away. If they are grabbed, they are taught to use their teeth and bite.

Knebel said the kids are learning what to do in a worst-case scenario, and it's drilled into them until they know it by heart.

“In fact, they test with it, so every time they take their test they actually have to have this memorized and perform it on the spot in front of their families,” Knebel said.

Karate West, where the classes are taught, has been around for 20 years and Knebel said in that time, six students have been able to use those techniques to escape an adult who was trying to abduct them.

“In this society, it's sad in this day where you have to have it (technique), but it's better to be prepared and know what you have to do in case you need it.”