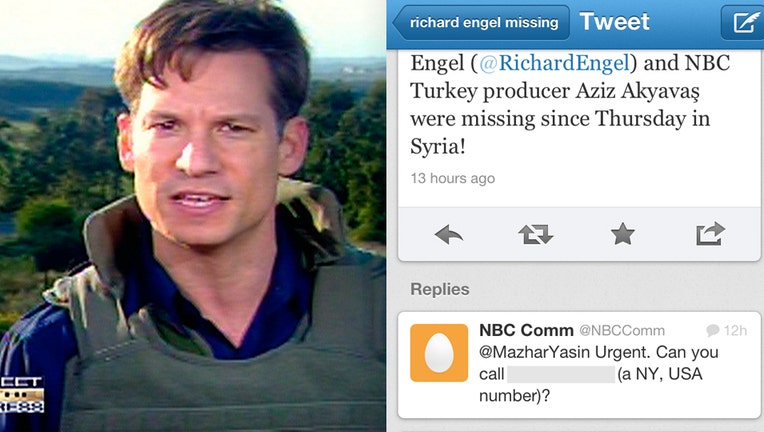 The network released the following statement early Tuesday morning: “After being kidnapped and held for five days inside Syria by an unknown group, NBC News Chief Foreign Correspondent Richard Engel and his production crew members have been freed unharmed. We are pleased to report they are safely out of the country."

Via satellite from Turkey, Engel, Balkiz and Kooistra discussed their ordeal on Tuesday morning’s “Today.” The men looked a little tired and unkempt, but otherwise seemed in good spirits despite what sounded like a harrowing five days.