KENNEWICK, Wash. -- An 86-year-old grandmother who was kidnapped, forced into the trunk of her own car and driven hundreds of miles was at a loss to learn that her 16-year-old great-grandson is one of the teenagers accused in the case.

According to KPTV in Portland, Hazel Abel said police told her that her great-grandson, Dylan Martin, and two of his friends were the ones who threw dirt in her face at her home, knocked to the floor, taped her hands together, put a bag over her head and drove her all the way to the Portland area in the trunk of her car.

She escaped when they went into a store in Wood Village, Ore., and she was able to pop the trunk.

Abel said she didn't know who had taken her and that she was praying the whole time that they would run out of gas because she was sure her abductors were going to kill her.

As if addressing her great-grandson, Abel said, "I don't know how you could do that to me. We are family....

"I had told Dylan that I love him and things, but I guess that doesn't matter," she said, weeping.

KPTV said Dylan Martin and 15-year-old Billy Underwood will be tried as adults on kidnapping charges. The 14-year-old girl who was with them is facing a lesser charge. 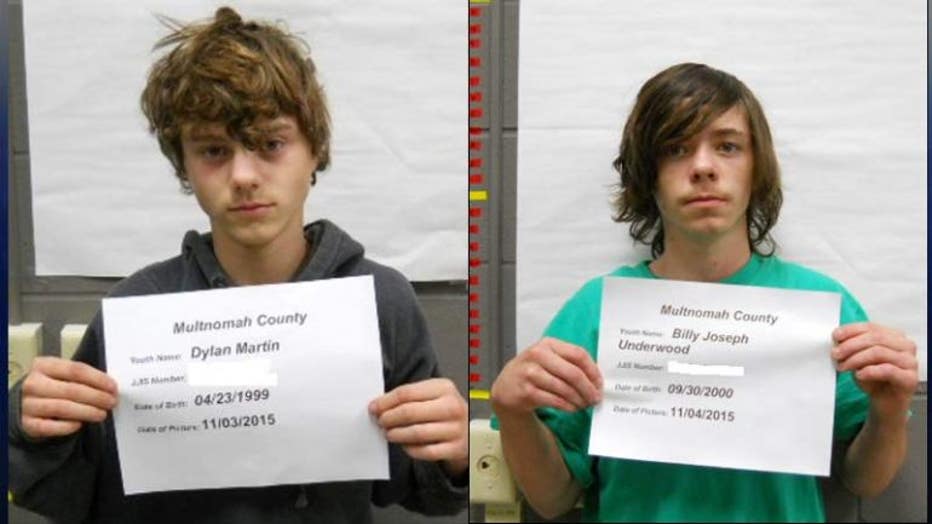