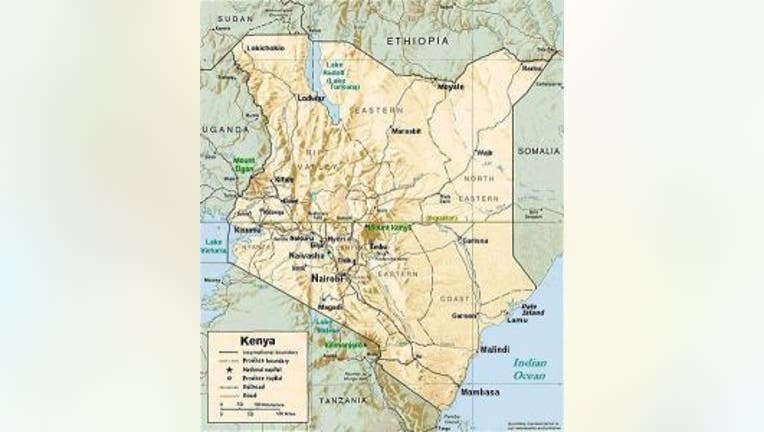 NAIROBI, Kenya (CNN) - Fifty-nine dead. At least 175 injured. About 30 hostages still inside, as well as perhaps a dozen gunmen.

Those are the grim numbers, a day after attackers stormed an upscale Nairobi mall, spraying bullets and holding shoppers captive.

Kenya's President Uhuru Kenyatta told reporters Sunday afternoon the tragedy was personal; one of his nephews and his fiancee were among the 59 people killed.

"We will punish the masterminds (of the attack) swiftly, and indeed very painfully," Kenyatta said.

By noon Sunday, as grim-faced Kenyan soldiers warily searched the five-story building -- and as Al-Shabaab maintained its defiant stance -- the siege was no closer to a resolution.

More than 175 were injured in the attack, Kenyatta said.

It was the deadliest terror attack in the nation since al Qaeda blew up the U.S. Embassy in 1998, killing more than 200 people.

The attack Saturday targeted a popular weekend meeting spot. Kenyans and expatriates gather at the luxurious Westgate mall on weekends to drink lattes, catch a movie or browse through the more than 80 stores.

Al-Shabaab, al Qaeda's proxy in Somalia, claimed responsibility, and said it was not backing down. In a message on its Twitter feed, the group said "all Muslims" were escorted from the mall before the attack.

"When justice is denied, it must be enforced," it said in a tweet Sunday. "Kenyans were relatively safe in their cities before they invaded us & killed Muslims #Westgate"

As the sun rose Sunday, the standoff between Kenyan forces and the attackers continued.

Soldiers kept vigil outside the mall, guns dangling from their shoulders.