Incumbent Mitch McConnell has won the Kentucky Senate race, according to a projection by FOX News.

The Republican incumbent has served in the Senate since 1984. McConnell currently serves as the Senate majority leader, a position which he first secured in 2014 and again in 2016.

McConnell made history in 1984 as the only Republican challenger in the country to defeat an incumbent Democrat and as the first Republican to win a statewide Kentucky race since 1968, according to his biography.

As the nation’s top-ranking congressional Republican, McConnell dispatched a group of little-known GOP challengers in the unprecedented primary ahead of the 2020 election, and he wasted no time in framing the fall race after he claimed victory. 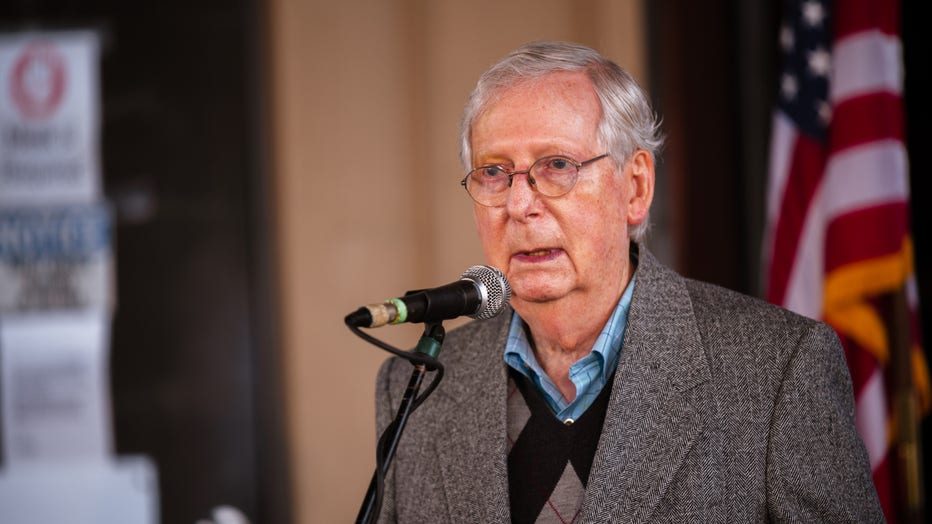 “Kentuckians have a huge choice this year regarding the path of our nation,” he said in a statement on June 23. “Do we choose to follow Nancy Pelosi, Chuck Schumer and other Washington Democrats down the path towards socialism? I sure hope not. Instead, I am confident Kentuckians will choose expanding freedom, creating jobs and upholding our conservative values.”

McConnell, 78, has aligned himself with President Donald Trump, helping him put conservatives on the federal bench, cut taxes and navigate a Senate impeachment trial that led to Trump’s acquittal.

He is the longest-serving senator in Kentucky history. His position allows Kentucky to “punch above its weight," he argued. He leverages that influence, he said during an Oct. 13 debate against McGrath, to steer federal money to the state — a role he has long embraced even as he casts himself as a guardian against runaway federal spending.

McGrath had said McConnell's long tenure is precisely the problem. She supported term limits for senators and portrayed McConnell as part of the “Washington swamp.”

Borrowing Trump's biting criticism to wield against his chief congressional ally, she added: “You can't drain the swamp until you get rid of the guy that built it.”

“Our country has never needed a new generation of leaders more than right now,” McGrath, 45, said at a recent campaign event. “We are more divided than ever. We are more partisan than ever. Our Congress is more dysfunctional than ever before.”

But the Marine Corps veteran’s criticism wasn’t enough to shake McConnell from his powerful seat.

McConnell is renowned for being disciplined, saving his most biting comments for national Democrats who aren’t popular in Kentucky. Both McConnell’s and McGrath’s campaigns were bombarding the Kentucky airwaves with attack ads. McConnell had a new ad attacking McGrath's abortion rights stance. Abortion continues to be a potent issue in conservative-leaning Kentucky.

Each side banked hefty amounts for their campaigns’ home stretch. McGrath had nearly $20 million on hand at the end of September, while McConnell had $13.8 million.