The school year is still on hold for students in Kent, where negotiations stand between teachers and the district.

KENT, Wash. - Kent teachers remain on strike, and the negotiations are spilling into the public.

On Saturday, the Kent School District changed strategies publicizing one of the district’s recent proposals – leading to the Kent Education Association (KEA) to call the information "inaccurate and incomplete."

Along with the breakdown of the proposal posted by the Kent School District, the document notes: "Since the 2017-2018 school year, KEA salaries have increased approximately 31%." 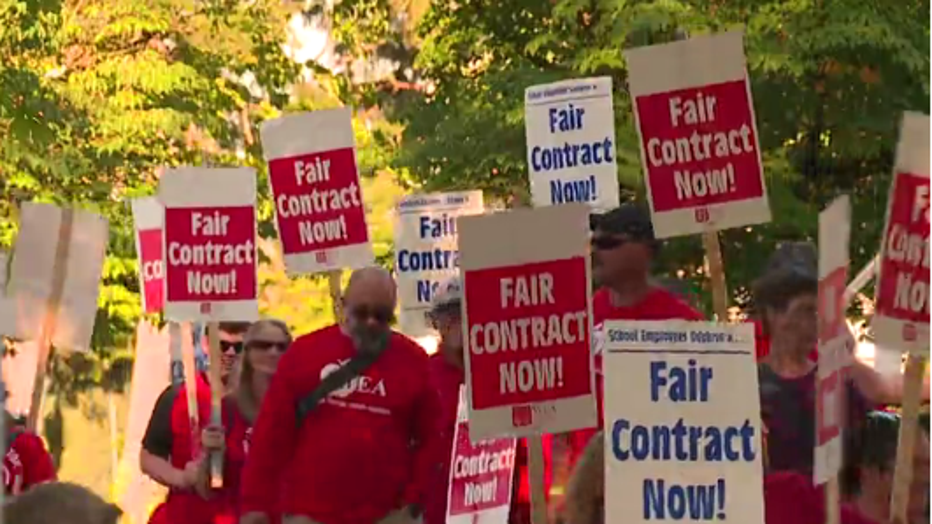 Teachers with the Kent Education Association began their strike on Thursday, cancelling the first day of the school year.

The move does not appear to be moving either side closer to a deal.

On Friday, the district said they would keep parents updated on whether classes would take place on Monday – what was meant to be the third day of the 2021-22 school year.

According to KEA, the latest information posted by the district is not a tentative deal. That means a vote by the union’s membership is not even set to take place yet.

The latest move by the district does not appear to be sitting well with KEA leadership, either.

Shortly after the salary information was publicized by the Kent School District, the union posted online that the information failed to mention items being taken away under the proposal. It reads, in part: "While KSD focuses on false information around dollars, KEA continues to focus on class size, caseload, and mental health while trying to provide a competitive salary so we can retain and maintain the best educators out there." 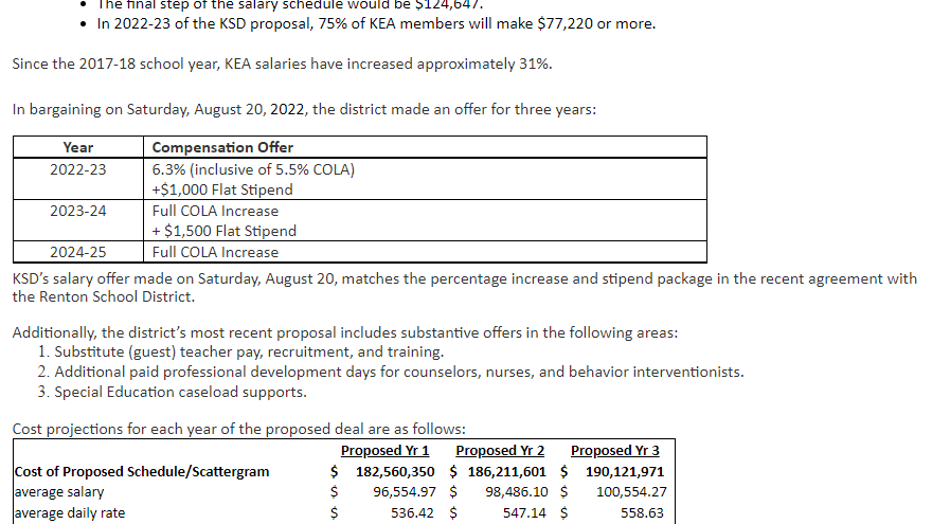 The Kent School District put out one of it's latest proposals as the teacher's union continues their strike.

The union accused the district of delaying contract negotiations as far back as May, to put pressure on the teachers. FOX 13 has asked the district whether it delayed negotiations, but they’ve declined to answer questions – instead posting updates online.

The latest information explains that parents should prepare to make alternative arrangements for Monday, August 29, for schools to remain closed.

The start of the school year in the Kent school district has been delayed after the teacher's union voted to strike, the district wrote on its website. The school year would have began Aug. 25.

High school sports are continuing without interruption, but all 42 schools are on-hold. Offices at high schools and middle schools remain open. The district central office remains open too, which means families can still register children.

According to state law, the district is required to provide 180 days of instruction. Typically, days are built into the calendar to allow days to be missed – but whether days need to be added may depend on inclement weather conditions later this year.