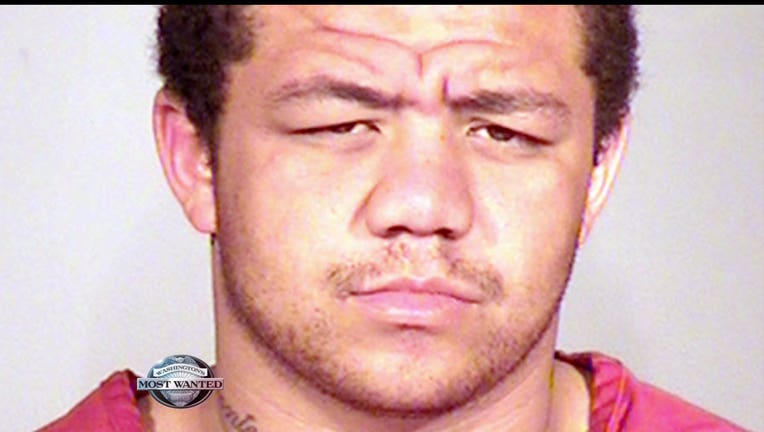 FUGITIVE CAPTURED March 25, 2014 -- King County detectives say Jason Arnold was booked into the SCORE jail in Des Moines on Tuesday. Kent police say Arnold was sitting in a car at a motel on Pacific Highway with a "window punch" tool in his lap when officers walked up on him. He gave multiple fake names and was arrested for making false statements and for the "window punch." When Arnold was booked, he had multiple prepaid credit cards in other people's names. Officers say it got interesting at the jail because he refused to give his prints. They ran variations of his names and date of births he gave through a law enforcement database and found his name. After officers told him they knew his name, Arnold said that he was on the run because he was "going to prison for a long time because he was on Washington's Most Wanted." WANTED IN KING COUNTY Jan. 17, 2014 -- Hold on tight to your ID -- and keep an eye on your mailbox too -- as long as this escaped inmate's on the run. Federal Way police caught Jason Arnold trying to bust into a condo complex with bolt-cutters last May. He also had a backpack full of burglary tools -- and several stolen driver's licenses and ID cards, police say. "When he was convicted, he was given the privilege of having work-release, which means that he can check into the detention facility once he gets off work, spends the night there, then goes out the next day. Comes back and forth every day. He failed to show back up to the detention facility one day after going to work, and now he's been on the run ever since," King County sheriff's Sgt. Cindi West said. "Help us locate him so we can get him off the street." Arnold  also has been busted for mail fraud, selling drugs and trying to run from police. He is 30 years old and inked with tattoos on both sides of his neck -- the name "Diamonte" on the right, and Asian-looking symbols on the left. He's also got a cross on his left forearm, and the saying, "I will fear no evil for thou art with me" on his right one. If you know how to get this escaped inmate and ID thief back behind bars in the King County Jail, call an anonymous tip into: CRIME STOPPERS: 1-800-222-TIPS You must call the Crime Stoppers hotline with your tip to be eligible to receive a cash reward for information leading to a fugitive’s arrest. CLICK HERE for information on how to TEXT A TIP to Crime Stoppers 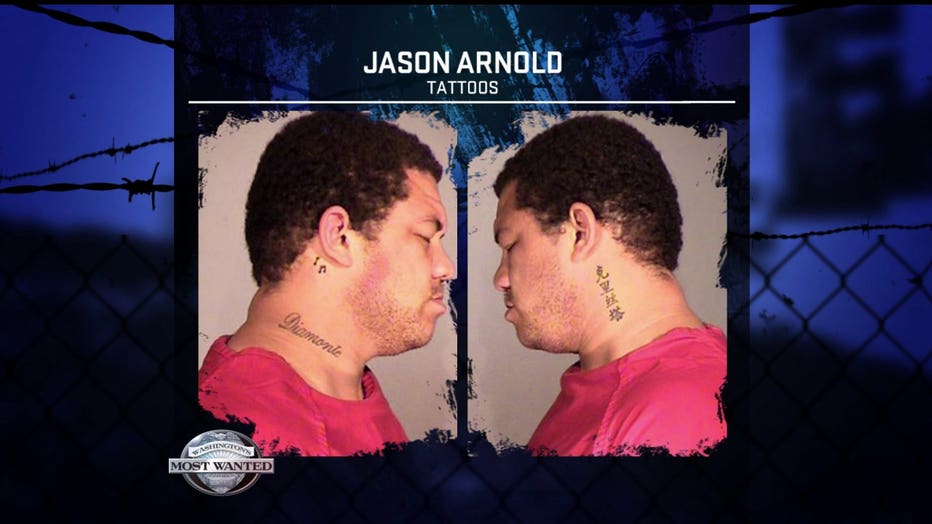 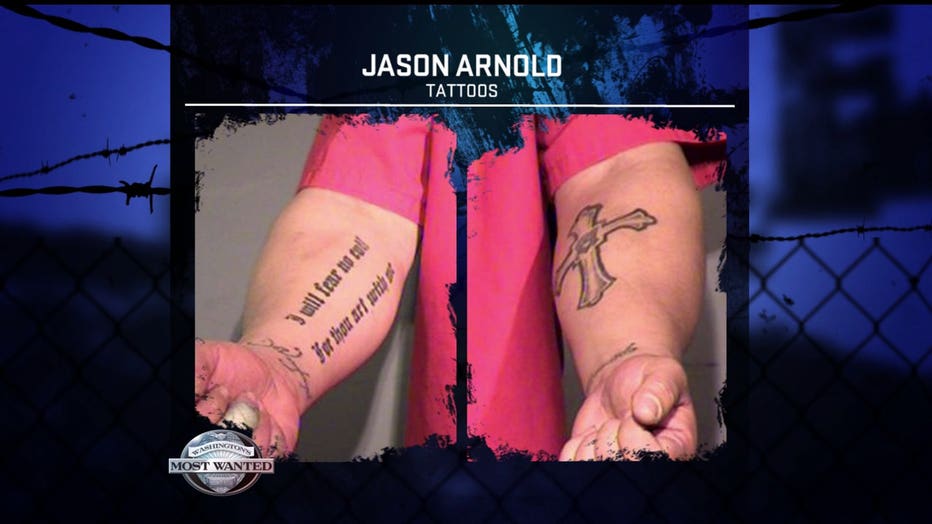