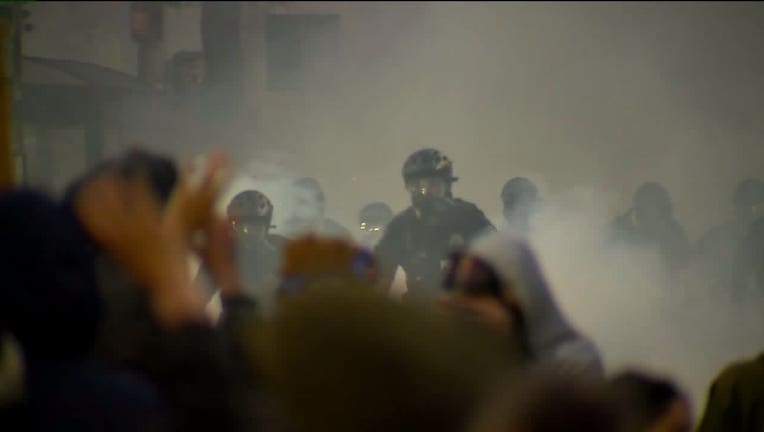 SEATTLE - A Kent, Washington man was sentenced to two years in prison for illegally possessing a firearm during demonstrations in downtown Seattle last year.

Al Talaga, 33, was arrested in September 2020 after an investigation linked him to firearms that were found in a car that was involved in looting at the Sneaker City store during the civil unrest in June 2020.

"This defendant was one of a fairly small number of people who hijacked otherwise lawful protests, intended to highlight the issue of racial injustice, to vandalize and steal merchandise from a small business that had been closed for months due to COVID-19," Acting U.S. Attorney Tessa Gorman said in a press release. "He chose to make the situation even more dangerous by bringing loaded firearms into the area."

Seattle police had responded to reports of looting at the store. Witnesses said suspects ran from the area and loaded merchandise into a Dodge Magnum parked nearby, prosecutors said. A search of the car found stolen goods along with two firearms.

Police determined the car belonged to Talaga and discovered that he was prohibited from possessing guns due to a 2005 robbery conviction.