An Illinois woman is suing Kellogg's for an alleged lack of strawberries in its Pop-Tarts.

EAST ST. LOUIS, Ill. - Holy strawberries! Kellogg’s may be in a jam after a $5 million class-action lawsuit was filed over the alleged lack of the berry in the company’s frosted strawberry-flavored Pop-Tarts.

In the complaint, Harris claimed that Kellogg’s company leaders "give consumers the impression the fruit filling contains a greater relative and absolute amount of strawberries than it does. 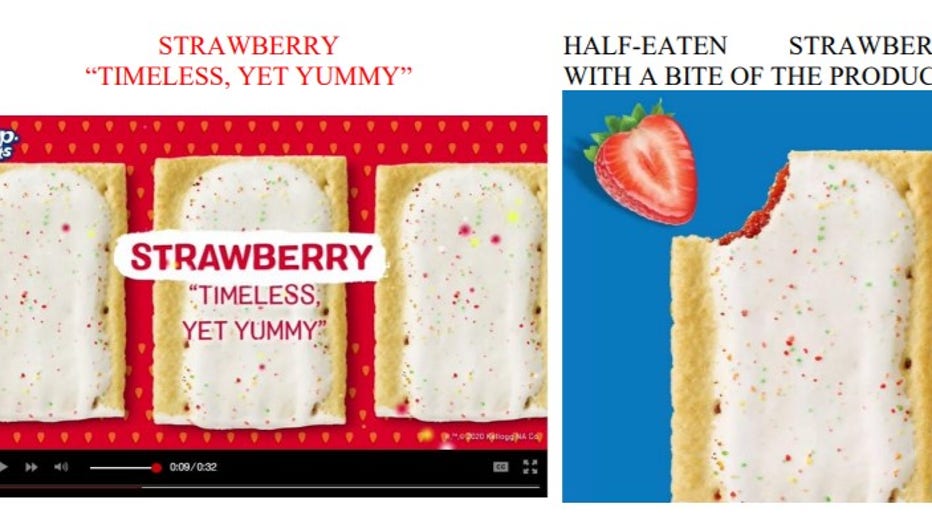 Harris pointed out the more Americans are eating strawberries because of "one of the highest levels of nutrient density of all fruits" and "‘an excellent source of vitamin C,’ necessary for immune and skin health."

However, according to court documents, she claimed the company has engaged in false advertising.

For example, she said the product is commonly referred to as "Frosted Strawberry – Toaster Pastries" but "its filling contains a relatively significant amount of nonstrawberry fruit ingredients – pears and apples – shown on the ingredient list. 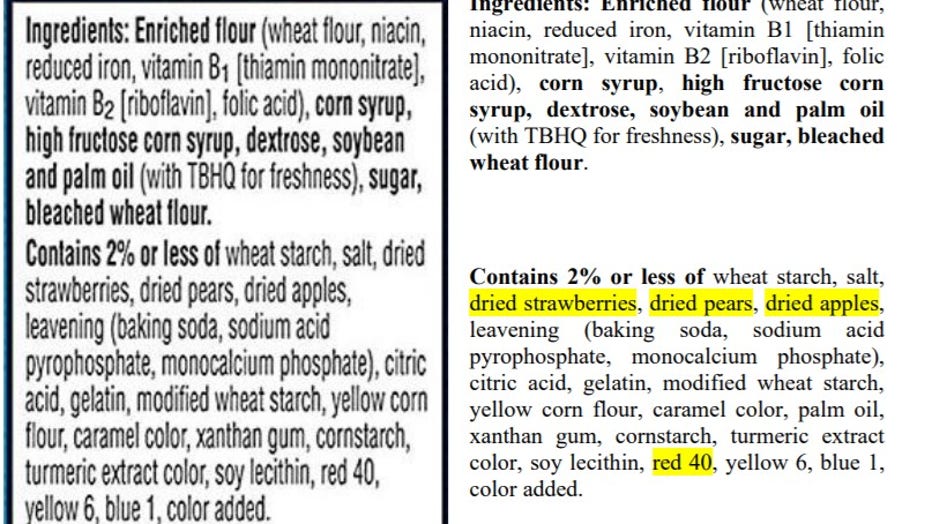 "The Product’s name, "Frosted Strawberry – Toaster Pastry," is misleading because it includes "Strawberry," but does not include pears and apples, even though these fruits are stated in the fine print on the ingredient list," court documents said.

She also accused Kellogg’s of using Red 40, an artificial color dye, to make the food appear that it has an ample amount of strawberries.

"The Product does not reveal the addition of this artificial coloring anywhere other than the ingredient list," court documents further stated.

"Reasonable consumers must and do rely on a company to honestly identify and describe the components, attributes, and features of the Product," Harris added.

"Kellogg does not comment on pending litigation," the company said in a statement to FOX Television Stations Saturday.