Learn about Kavachi, a submarine volcano

The submarine volcano has been erupting since October 2021 and is home to a variety of marine life, including sharks.

Satellite imagery shows Kavachi, one of the most active submarine volcanoes in the Pacific Ocean and most known for its shark inhabitants, is showing increased plumes.

Better-known aerial volcanoes are easier to study because their higher elevations typically make them more accessible. But submarine volcanoes like Kavachi, located in the southwest Pacific Ocean in the Solomon Islands, can be more challenging to study depending on how deep they are.

"There is a whole bunch of different plates across the world that are moving on the mantle … when you have two plates that are coming together at certain boundaries, and one of them starts to subduct, for example, you could get a volcano popping up on one of those plates," Bennis said. "And so that's what's happening at Kavachi."

Bennis is part of a team that tracks volcanic activity using data from global volcano observatories and from space through NASA's Earth Observatory and other spacecraft.

Recent satellite imagery of the Kavachi Volcano shows it continues to erupt actively. NASA's Earth Observatory shared the image below captured by NASA and U.S. Geological Survey satellite Landsat-9 on May 14. 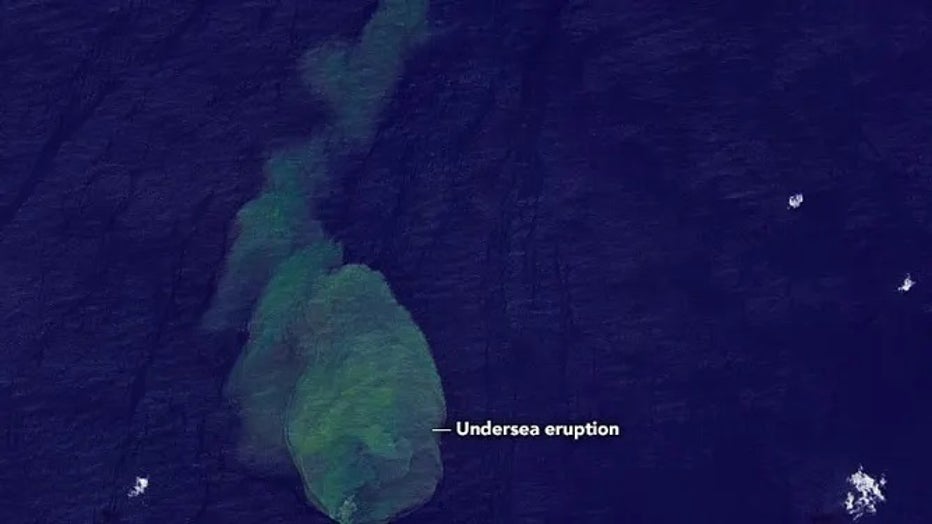 The image acquired on May 14, 2022, by the Operational Land Imager-2 (OLI-2) on Landsat 9, shows a plume of discolored water being emitted from the submarine volcano, which lies about 15 miles south of Vangunu Island. (Image credit:NASA Earth Observa

It's not uncommon for people to live around volcanoes above ground, and the same goes for marine life at submarine volcanoes beneath the ocean's surface.

After National Geographic researchers explored the volcano in 2015, they discovered marine life living within the active crater, including hammerhead sharks. After that, Kavachi became known as a "Sharkcano."

HOW ASTRONOMERS KNEW EXACTLY WHERE A SMALL ASTEROID WOULD IMPACT EARTH

Kavachi is more accessible because it's in relatively shallow water, about 20 meters below the surface.

"We see it all the time, where even just on the surface, there are people in cities built around volcanoes, or there's this volcanic mouse species that like to live around other sorts of volcanoes in different parts of the world," Bennis said. "So it's completely normal for there to be sharks and other marine life around underwater volcanoes since it's also just contributing to the ecosystem that way."

How Kavachi was discovered

A cock’s-tail plume rises above Kavachi volcano during a Surtseyan eruption on 15 March 2004. Projections of individual blocks and ash can be seen at the margins of the plume. (Image: Corey Howell/ Smithsonian Institute Global Volcanism Program)

Although the Global Volcano Program has data on volcanoes dating back 12,000 years, the first recorded eruption of Kavachi was in 1939.

"There were just people out boating, having a good time, and they noticed that there was just this formation of an island in the middle of the ocean," Bennis said of the 1939 encounter. "And they're like, ‘Whoa, this is kind of weird.’ And so that is our first documented evidence of that volcanic activity."

Since that discovery, Kavachi has experienced 36 eruptive periods. Bennis said satellite data from Landsat-9 and other spacecraft have made monitoring submarine volcanic activity easier. 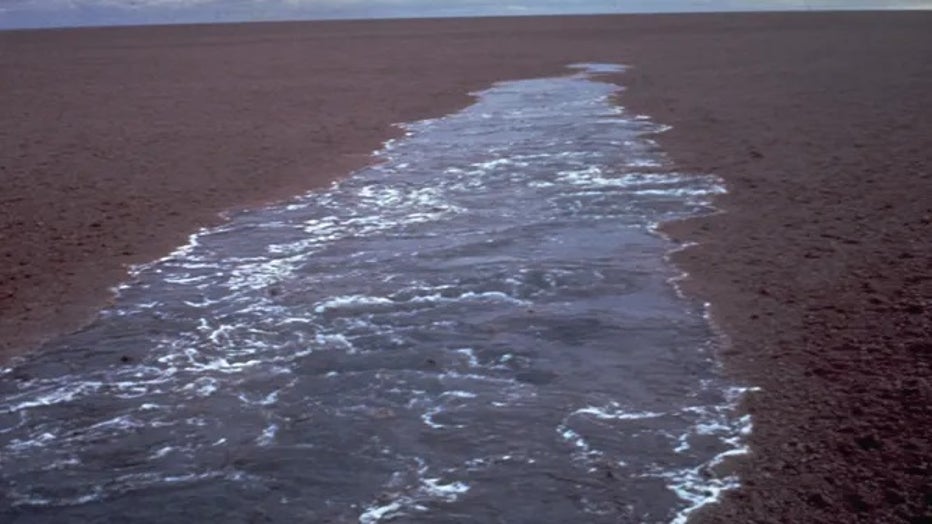 A raft of floating pumice from a July 1973 submarine eruption behind the wake of a ship. This was the first report of an eruption from the Curacoa submarine volcano in the northern Tonga Islands. (Photo by the "Port Nicholson," 1973 (courtesy of Tom

Submarine volcanoes have the same characteristics as above-ground volcanoes, including explosions. Bennis said Kavachi generally hasn't created hazards to people boating in the area who know to stay clear of the volcano.

Sometimes submarine volcanoes can produce pumice rafts, which can indicate volcanic activity occurring below the sea. The image above shows floating pumice taken in 1973 from another submarine volcano near the Tonga Islands.

"Pretty much just rock fragments that have exploded out of the volcano. And they're just like hanging out and floating on the water," Bennis said. "Sometimes that can be dangerous for boats because you don't want to get bits of rock stuck in your rudder or anything, but that's pretty much the only hazard that we have to worry about at this specific volcano."

The last activity when significant eruptions were recorded was in 2014. According to NASA, nearby island residents could see visible steam and ash.

Kavachi's most recent eruption period started in October 2021 and has been intermittent. Bennis said the GVP looks at satellite images for new activity, like the plume spotted by Landsat-9 this month.

She said these observations are weather dependent on a clear sky.

"Is the weather nice enough where we can look at the satellite data, not just see a cloudy day, but we can actually get a good view of the location of where the volcano event is," Bennis said. "Right now, it's mostly just been doing a lot of discoloring the water. So there's a lot of just colored plumes that are around it."

Volcanoes can be unpredictable, including when they erupt and how long they will last. Bennis said that's why groups like GVP study volcano behavior and eruptive history.