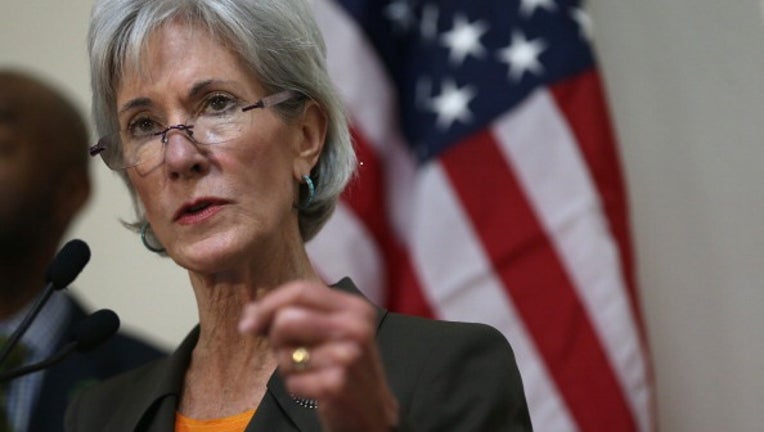 U.S. Secretary of Health and Human Services Kathleen Sebelius speaks to the media during an event where people were signing up for insurance under the Affordable Care Act at the Mount Sinai Missionary Baptist Church on March 29, 2014 in Miami, Florid

WASHINGTON -- Kathleen Sebelius -- who weathered heavy criticism over the flaw-filled launch of the Obamacare website -- is resigning as secretary of the Department of Health and Human Services, a White House official said Thursday.

President Barack Obama intends to nominate Sylvia Burwell, current director of the Office of Management and Budget, to replace Sebelius, according to the official.

A former Kansas governor and, before that, state insurance commissioner, Sebelius was sworn in as HHS secretary in April 2009.

Her time as head of the federal health agency coincided with the passage and implementation of the Affordable Care Act, the bill often referred to as Obamacare.

Sebelius came under fire last fall for the rocky rollout of HealthCare.gov, the website central to the new law's implementation.

Sebelius was the subject of a "Saturday Night Live" parody and talk show one-liners.

Republicans in Congress were especially critical of what they saw as her lack of leadership shepherding through what they saw as an ill-conceived, ill-advised law. Wyoming Sen. John Barrasso went so far as to characterize her last October as the "laughingstock of America."

But Sebelius held onto her job, insisting America shouldn't abandon the legislation and all that it hopes to achieve.

In an interview with CNN's Sanjay Gupta, she admitted that Obama didn't know of the website's many technical problems until "the first couple of days" after it went live Oct. 1, 2013.

"There are people in this country who have waited for decades for affordable health coverage for themselves and their families," Sebelius said, explaining why the website's launch wasn't pushed back despite anticipated problems. "...So waiting is not really an option."

The website's performance did improve significantly, prompting the calls for her job to die down as well. Earlier this month, in a letter to department employees, Sebelius reflected on Obamacare enrollment topping the key 7 million mark as evidence of "the progress we've made, together."

"I know that this law has been at the center of much debate and discourse in Washington, but what this enrollment demonstrates is that the Affordable Care Act is working and much needed," she said in the note.