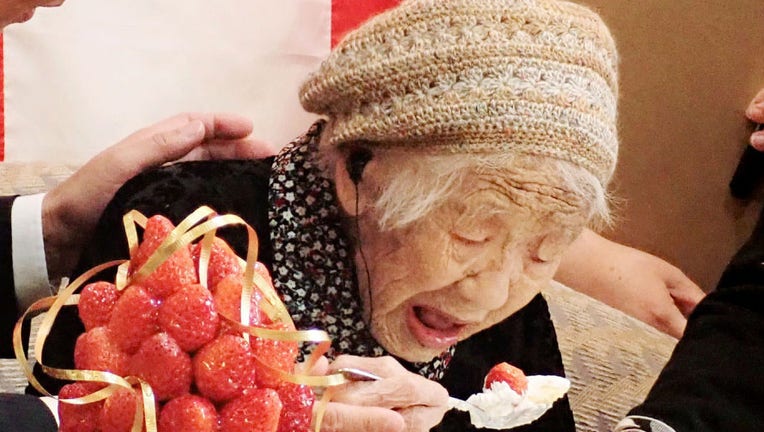 The world’s oldest living person, a 119-year-old Japanese woman who was born the same year the Wright brothers took flight, has died.

Kane Tanaka’s death was confirmed on Monday by Guinness World Records, which awarded her the title in January 2019.

Tanaka was born on Jan. 2, 1903, and was from the southwestern Japanese city of Fukuoka. She was the seventh of nine siblings and was married at age 19, according to the Japanese news agency Kyodo News.

Her life spanned several Japanese imperial eras, and she supported her family by running a noodle shop during the Second Sino-Japanese War in the late 1930s and early 1940s. She and her husband later ran a rice cake store after the war, Kyodo News reported.

Tanaka had been living at a retirement home in Fukuoka, playing board games and other math-related activities. She was also known to have a sweet tooth. On the day that her Guinness World Records certificate was presented, she also received a box of chocolates, "which she immediately opened and started eating," according to the record keepers.

Her family said she maintained an appetite for chocolate and cola even in her final days.

Tanaka said in a recent tweet posted by her family, "I was able to come this far with the support of many people. I hope you will continue to have fun, [and be] cheerful and energetic."

Tanaka was also the second-oldest person ever recorded, behind only Jeanne Calment who lived to the age of 122, according to Guinness World Records, which sent their "deepest condolences" to her family.