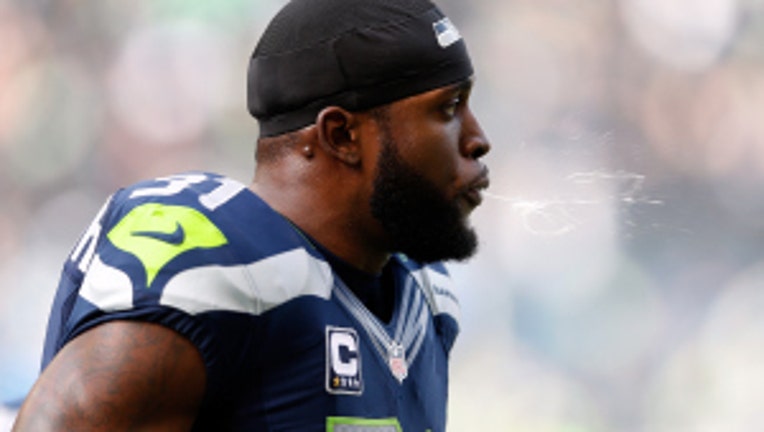 during the 2015 NFC Championship game at CenturyLink Field on January 18, 2015 in Seattle, Washington.

SEATTLE - Seahawks fans were left to wonder what, if anything, to read between the lines of Kam Chancellor's post on Instagram on Wednesday.

Chancellor, who famously held out for a new contract during training camp and the first two games of the season last year, posted a meme that said "I'm not going anywhere."

The caption that went with it also seemed to indicate that Chancellor's, er, not going anywhere.

"Seattle is my Second home," it reads. "I don't plan on going anywhere unless some higher power places me elsewhere. #Loyalty #12s #LOB

There's been much speculation as to whether Chancellor would hold out again, or whether the Seahawks would either rework his contract or trade him.