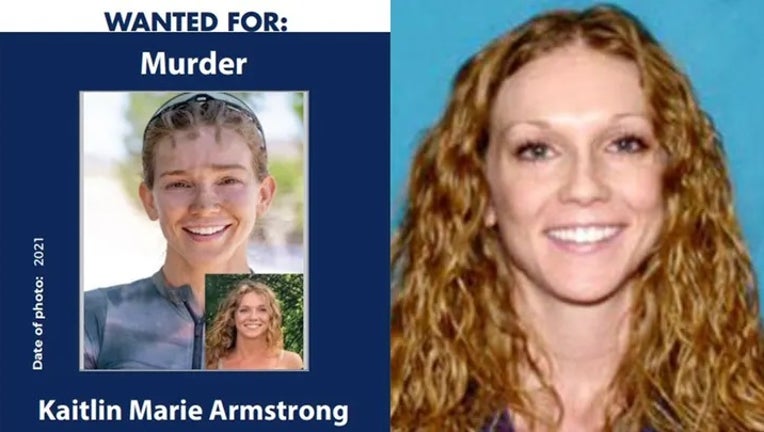 AUSTIN, Texas - U.S. Marshals have intensified their manhunt for Texas murder suspect Kaitlin Armstrong, with the federal agency upgrading the search to "major case" status and receiving dozens of tips as they near one month since the victim, top cyclist Moriah "Mo" Wilson, was killed.

Marshals have so far received at least 70 tips related to the search for Armstrong, who is accused of gunning down Wilson, 25, inside an Austin apartment where Wilson was staying ahead of an upcoming race in Hico, Texas, Deputy U.S. Marshal and Western District of Texas spokesperson Brandon Filla told Fox News Digital on Wednesday. Of the 70 tips, which are generated through Austin Capital Area CrimeStoppers and the USMS, "we have had some with instrumental value that has (sic) assisted our investigation," Filla added.

"Kaitlin is out there watching this, listening to this or reading this information," Filla said when reached by phone on Tuesday. "She needs to surrender to law enforcement."

Asked if he had a message for her, he added: "Safely surrender to law enforcement. Give your side of the story, because this is not going to go away."

Earlier this week, Marshals announced a $5,000 reward for information leading marshals to Armstrong. The agency has most recently divulged that the 34-year-old fugitive was spotted being dropped off at New Jersey's Newark Liberty International Airport on May 18 – one day after law enforcement announced she was wanted for the killing.

APD says Armstrong was arrested on a misdemeanor warrant, but due to a discrepancy within that warrant, Armstrong was let go. Since then, she was seen fleeing Austin.

"The U.S. Marshals Lone Star Fugitive Task Force assisting with the fugitive investigation of an Austin woman wanted for homicide has learned that the suspect was dropped off at the Newark Liberty International Airport May 18, a day after Austin police obtained a warrant for her arrest," a USMS press release from Monday stated.

"A search of outbound flights at the Newark airport revealed no reservations had been made under the name Kaitlin Marie Armstrong" the release further stated.

Filla would not speak about any large expenditures or withdrawals Armstrong had made in recent weeks, and would not say whether Armstrong was dropped off via a ride-share app or by a person, or people, she knew.

"Marshals are trying to narrow down a timeline of when she would have been dropped off there," he said.

With the case status upgraded to "major," marshals have more money and resources available to use toward finding their fugitive, explained Lenny DePaul, a now-retired commander of the U.S. Marshal Service’s New York/New Jersey Regional Fugitive Task Force. In this case, they’re hunting for the yogi and licensed realtor, who has a history of flipping homes and was previously wanted for skipping out on a $650 Botox bill, authorities have said.

The U.S. Marshals are now offering a $5,000 reward for information leading to Kaitlin Armstrong's arrest. Armstrong is the prime suspect in the murder of cyclist Moriah Wilson.

"A major case is afforded money from our headquarters, funding to support the folks in the field with whatever they need – aviation support, if they need K-9 help ... any type of support that's needed," DePaul told Fox News Digital. "When it's elevated like that, it's going to get a lot of attention. Your due diligence has to be made. It’s an everyday effort from the lead investigators."

DePaul spent decades with the U.S. Marshal Service. He retired in 2013 and is not involved with the manhunt.

He noted that Armstrong "had some time" before she was officially wanted for murder.

Last week, police issued an arrest warrant for the 34-year-old. Kaitlin Armstrong allegedly killed Moriah Wilson at an East Austin apartment on May 11. FOX 7 Austin's Kelly Saberi has the latest details on the search for Armstrong.

"The bigger question is, is she in this country? Did stay local? Who did she know up here?" he added. "Criminal investigators, fugitive investigators are going to have these answers as they're putting this puzzle together and connect the dots."

Marshals also have a federal warrant for Armstrong's arrest, which DePaul said gives the agency "a lot of jurisdiction and a lot of leverage."

Federal and local law enforcement have described evidence that shows Armstrong followed her longtime boyfriend, Colin Strickland, while he was out with Wilson earlier in the day on May 11. Strickland and Wilson allegedly went swimming at Deep Eddy pool in Austin before eating at a local restaurant. Local affiliate FOX 7 reported that Strickland dropped Wilson at her friend’s home, where she was staying at the time, and then left.

The Lone Star Fugitive Task Force is searching for an Austin woman charged with murder in the shooting death of cyclist Moriah Wilson.

According to an arrest warrant obtained by FOX 7, Armstrong’s vehicle "appears to stop next to Wilson’s friend’s residence" just minutes after Strickland had left Wilson.

"Video surveillance shows Strickland leaving the area after dropping off Wilson and shows Armstrong's vehicle driving to the East Austin residence where Wilson was staying," the warrant states. "Armstrong has made prior statements expressing a desire to kill Wilson."

Austin Police Department (APD) investigators have linked one of the guns found in Armstrong’s home to the weapon used to kill Wilson on the night of May 11, APD Homicide Det. Richard Spitler previously said. On May 12, investigators executed a search warrant at the home that Armstrong shared with, he said.

They test-fired the weapon, a Sig-Sauer P365 9mm, and compared the spent shell casing to ballistic evidence recovered at the scene, according to the arrest warrant.

"The potential that the same firearm was involved is significant," the warrant states.

The family of murdered cyclist Moriah Wilson talks about the romantic relationship that may have played a role in her death.

Days before the murder warrant was issued, police had interviewed Strickland and located Armstrong, who was arrested for a misdemeanor warrant out of Travis County from 2018.

"Armstrong was questioned about her vehicle being in the area as pictured on the Ring camera. However, she would not confirm or deny being in the area of the murder and quickly terminated the interview," Spitler said.

"She was then mistakenly released from custody on the misdemeanor warrant" because her date of birth in the department’s report management system did not match the date of birth on the warrant, he said.

Anna Moriah "Mo" Wilson was identified as the victim in the May 11 shooting at a home on Maple Avenue near East 17th Street. According to cycling magazine Velo, Wilson was in Texas ahead of Saturday's Gravel Locos race in Hico, where she was a favorite to win.

Armstrong then traveled from Austin International Bergstrom Airport to New York’s LaGuardia Airport on the afternoon of May 14. She allegedly boarded Flight #WN2262 from AIBA to Houston Hobby Airport at 12:30 p.m. local time, and then took a connecting flight via Southwest Airlines Flight #WN30 to New York.

Authorities have described Armstrong as being 5-foot-8 inches tall and 125 pounds with reddish-brown hair and hazel eyes. Anyone with information related to the case is asked to call the U.S. Marshal Service at 1-800-336-0102.

As of Wednesday, she remained on the lam.

"We're the first, and we're the oldest law enforcement federal agency," Deputy U.S. Marshal Filla told Fox News Digital, "and we'll continue to do what we've done since Day One. And that's to locate and apprehend Kaitlin and bring her before justice, and get this victim's family some closure."