NEW YORK -- In an interview with the New York Post, Colin Kaepernick said Richard Sherman's comments after the NFC Championship Game were "ridiculous" and that he knows Sherman is "afraid" of the 49ers receivers, adding, "That's something I look forward to (exploiting) next year." 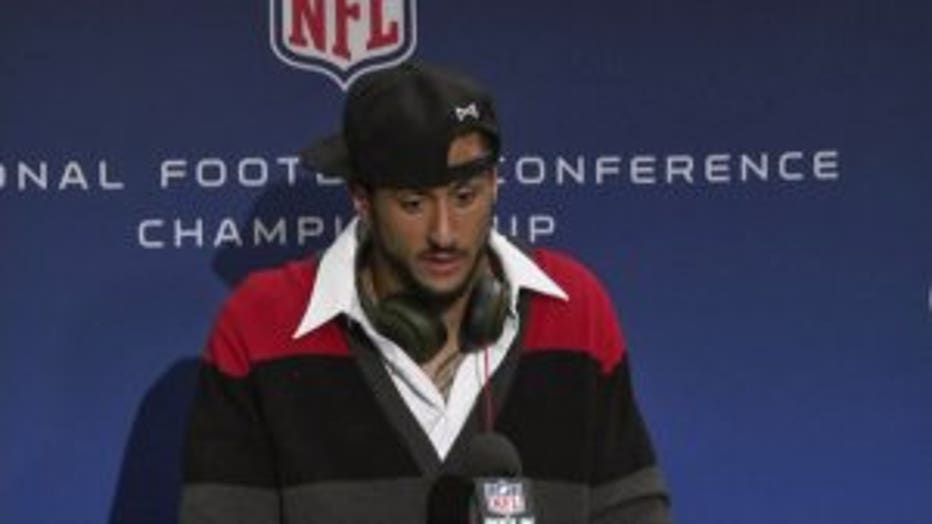 The 49ers quarterback gave an interview with Bart Hubbuch of the New York Post. Hubbuch's article was published in the Post Thursday.

“I think everyone knows his comments were ridiculous,” Kaepernick said, referring to the FOX Sports postgame interview in which Sherman criticized 49ers receiver Michael Crabtree and said he (Sherman) was the best cornerback in the NFL.

“As my dad has always told me, if you have to tell people how good you are, then how good are you really?” Kaepernick added, according to the Post. “If you have to go on national TV and try to say you’re the best cornerback in the league, then you’ve got your own insecurities.”

Kaepernick said Sherman "made a good play on that ball" on the pass he tipped to Crabtree that was intercepted by another player, "but if I throw it a foot farther, it’s a touchdown and now you’re the goat, Richard Sherman."

Kaepernick said he looks forward to meeting Sherman and the Seahawks next season — and vowed that he will never fear Sherman, no matter how badly the throw to Crabtree turned out.

“I’ll take that matchup every day,” Kaepernick said. “I feel like he’s afraid of our receivers, and that’s something I look forward to next year.”