K-pop group VERIVERY came back last week with a single album titled Liminality EP.LOVE. The album comes just after their tour to the US, Korea, and Latin America.

K-pop group VERIVERY came back last week with a single album titled Liminality EP.LOVE. The album comes just after their tour to the US, Korea, and Latin America. 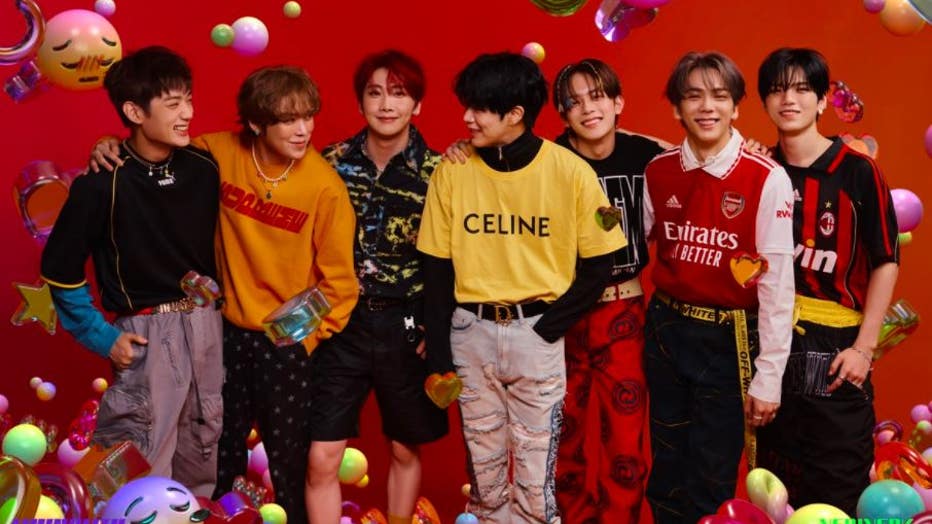 After their debut title track "Ring Ring Ring," the group gradually started leaning towards concepts with a darker and more performance-driven feel such as "Lay Back" and "Thunder."

With their latest album, the group goes back to that fun and familiar feeling they debuted with.

"When we first heard our new tracks, they reminded us of musical numbers. We were excited because we had an impression that we'll be able to really enjoy performing this new title track," says member Gyehyeon.

Leader Dongheon says, "Since we're back with a very bright song, I think you'll feel like watching our debut days all over again. It would be interesting to find how much VERIVERY has changed since debut."

The concept shift has paid off so far for the group. This week they have already won two awards from the popular music performance shows, "Show Champion" and "Music Bank." Their win on "Show Champion" marked their first ever music show win.. The members gave emotional speeches after, thanking their fans for their support.

At the end of our interview, member Hoyoung gives a message to fans, saying, "Thanks for giving us all your love and support. I know you guys are sending so much love and support from all around, and I’m sorry we couldn’t visit every country. Next year, hopefully we can visit a lot of countries and show you guys different stages from last year..so see you then, be healthy until then, and we’ll meet you soon."