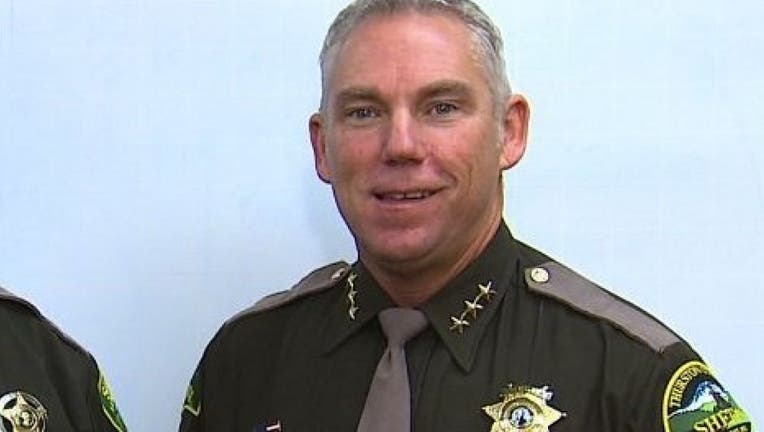 OLYMPIA, Wash. (AP) - Washington’s Supreme Court has unanimously rejected a recall effort against the Thurston County sheriff, saying his announcement that he would not criminally enforce the Health Department’s COVID-19 mask mandate was not unreasonable.

Resident Arthur West sought to recall Sheriff John Snaza. West alleged that Snaza’s news release last June announcing his office would not engage in criminal enforcement of the mask mandate interfered with a lawful order, and a trial court agreed.

But the justices overturned that decision Thursday. The Health Department’s order required people to wear masks in any indoor or outdoor public setting, and it said those who violated the mandate "may" be subject to criminal penalties.

That language gave Snaza discretion in how to enforce the mandate, the court said.

The decision noted that Snaza did not generally undermine the mandate: He said his office would continue to work with health officials to educate the public, and he encouraged people to take safety precautions such as wearing masks. Not directly citing or arresting people was reasonable because doing so could risk transmission of the virus, the justices said.

They contrasted Snaza’s actions with those of Snohomish County Sheriff Adam Fortney, against whom the Supreme Court is allowing a recall petition to proceed. Fortney said he had "no intention of carrying out enforcement for a stay-at-home directive" and encouraged business owners to remain open, in violation of the state’s directions.

"Contrary to West’s assertion, Snaza did not announce a blanket refusal to enforce the Order. Nor did he denounce the mask mandate and encourage people to violate the Order," Justice Raquel Montoya-Lewis wrote for the majority. "Rather, he declined only to criminally enforce the Order."