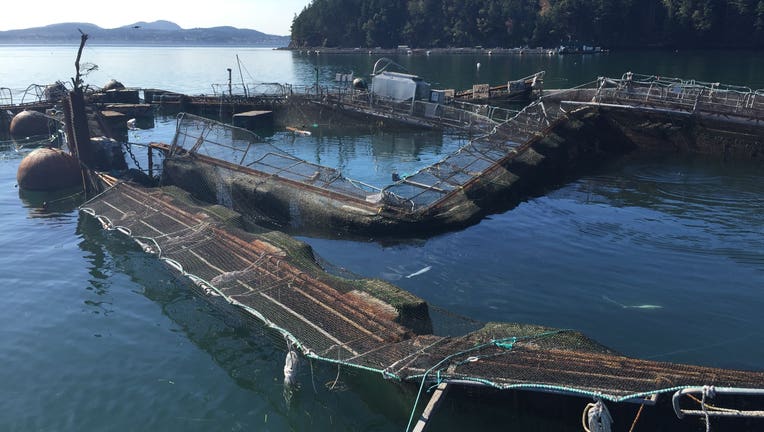 SEATTLE - A Washington state jury on Wednesday awarded the Lummi Indian tribe $595,000 over the 2017 collapse of a net pen where Atlantic salmon were being raised — an event that elicited fears of damage to wild salmon runs and prompted the Legislature to ban the farming of the nonnative fish.

About 250,000 Atlantic salmon escaped into the Salish Sea when the net pen owned by Cooke Aquaculture — an anchored, floating enclosure off Cypress Island — collapsed. The northwest Washington tribe quickly mobilized to capture the fish, and Cooke paid a bounty of $30 apiece for the more than 43,000 recovered by the tribe’s fishers — $1.3 million in all.

The Lummi Nation sued in 2020, saying that while the fishers themselves had been compensated for their efforts, the company had not reimbursed the tribal government for responding to the spill, including organizing the fishers and tracking the Atlantic salmon they brought in.

In addition, the tribe sought damages for what it described as the "existential threat" the collapse posed to its culture. 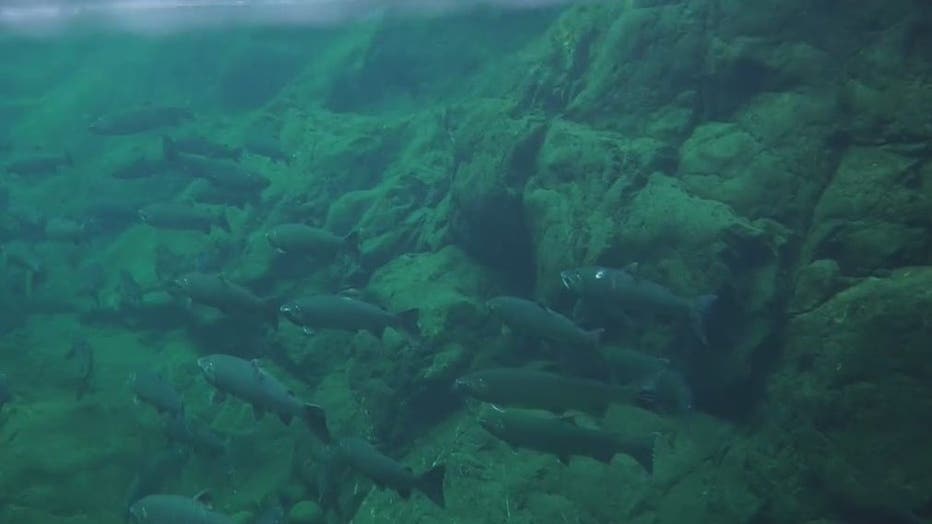 The King County Superior Court jury on Wednesday declined to award damages on that cultural harm claim, but it did grant the tribe $595,000 on its claims of negligence and unjust enrichment against Cooke, the tribe’s attorneys said.

Lummi staff attorney James Stroud said in an email the tribe was pleased the jury found the tribe should be compensated for having to "clean up Cooke’s mess."

"While we regret having to litigate this issue, the Lummi Nation remains committed to improving the health of the waters of the Salish Sea," Stroud wrote.

A spokesperson for Cooke Aquaculture, which according to its website has more than 10,000 employees in nine countries, did not immediately respond to an email seeking comment.

The Washington Department of Ecology fined the company $332,000 over the collapse, which it blamed on negligence, including poor maintenance of the nets. Cooke also agreed to pay $2.75 million to settle a Clean Water Act lawsuit brought by the organization Wild Fish Conservancy. That money was directed toward environmental projects benefitting salmon and killer whales in Puget Sound, as well as toward the group’s legal fees.

At the time of the collapse, Cooke was planning to upgrade the net pens.

Cooke argued that there is no evidence any of the escaped Atlantic salmon survived past April 2018. Indeed, the company’s lawyers noted, even when humans have tried to establish Atlantic salmon populations along the West Coast, those efforts have failed.

"Atlantic salmon do not survive here and do not compete or breed with wild salmon," they wrote in a trial brief. "Plaintiff itself attempted — and failed — to cultivate Atlantic salmon in Washington waters in the 1970s."

Since the Legislature banned the farming of nonnative Atlantic salmon in the state’s marine waters in 2018, Cooke is instead raising native steelhead trout. The Washington Supreme Court in January unanimously upheld Cooke’s permits to do so.