SEATTLE -- July 2018 finished up as the warmest July on record, if you average the afternoon highs for the month.

If you take the average temperature of the month -- which means averaging the afternoon highs and the morning lows -- July 2018 was the second warmest at 70.65 degrees, not quite reaching the 2015 record of 71.2 degrees.

It was also very dry. July itself wasn't the driest July on record, but we have just wrapped up the driest May-June-July stretch ever with only 0.80 inches of rain for that 3-month period.

Gardeners are noticing this and even suggesting that we water our native tall evergreens, like the Douglas Fir, because these native giants are showing drought stress! 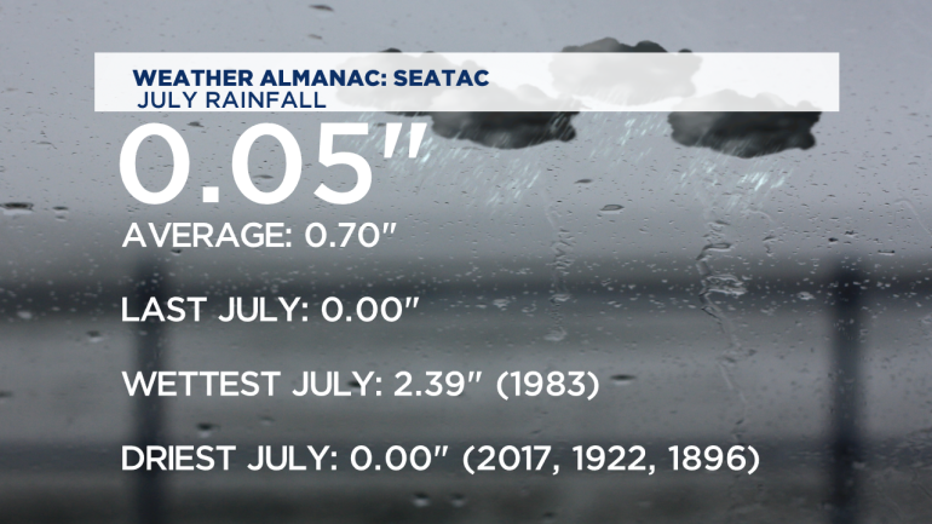 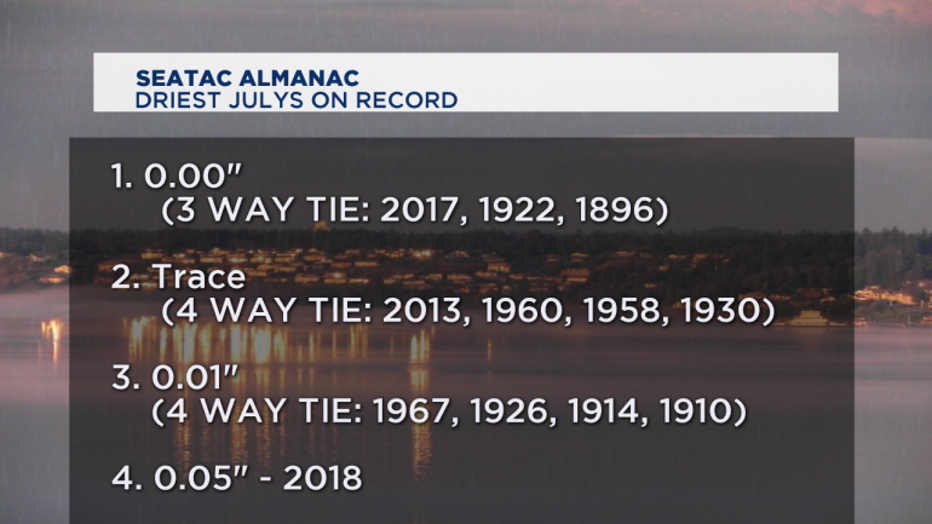 Happily, we are starting August on a cooler note with even a little bit of rain in the forecast.