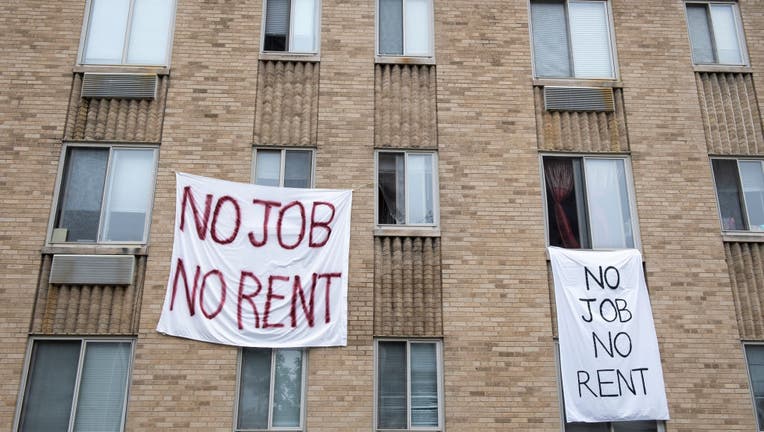 SEATTLE - A judge has rejected a landlord group’s challenge to several Seattle laws meant to protect renters from eviction once the coronavirus pandemic moratorium expires.

King County Superior Court Judge Johanna Bender on Wednesday found the laws, including Seattle’s ban on winter evictions, largely constitutional, The Seattle Times reported. The Rental Housing Association of Washington sued in an effort to block the laws, arguing the regulations would gut their rights under state law.

Bender did strike one part of a law requiring landlords to allow payment plans for rent accrued during the pandemic.

The city banned late fees, interest and other charges because of late payment during the pandemic. Bender struck down the reference to interest payments, citing a state law allowing landlords to collect interest on unpaid rent. The remainder of the ordinance, including the prohibition on charging late fees, can remain in place, she ruled.

The Rental Housing Association’s lawsuit did not challenge Seattle’s ongoing moratorium on evictions during the pandemic but instead sought to nullify three laws that would affect eviction proceedings after the moratorium ends.

In addition to banning evictions during winter months, another rule requires landlords to offer payment plans to tenants who fall behind on rent during the pandemic and its aftermath. A third gives tenants a legal defense against eviction for six months after the moratorium ends if they declare they "suffered a financial hardship."