A Federal Judge ruled that the drive-thru votes collected in Harris County will not be thrown out.

HOUSTON - Harris County Clerk Chris Hollins announced Monday night that the Toyota Center would be the only place for drive-thru voting on Election Day.

On the eve of Election Day, U.S. District Judge Andrew Hanen rejected the Republican-led effort to invalidate the existing votes and drive-thru polls, which they say it isn't recognized in the Texas Election Code, because they had no standing to bring a lawsuit. 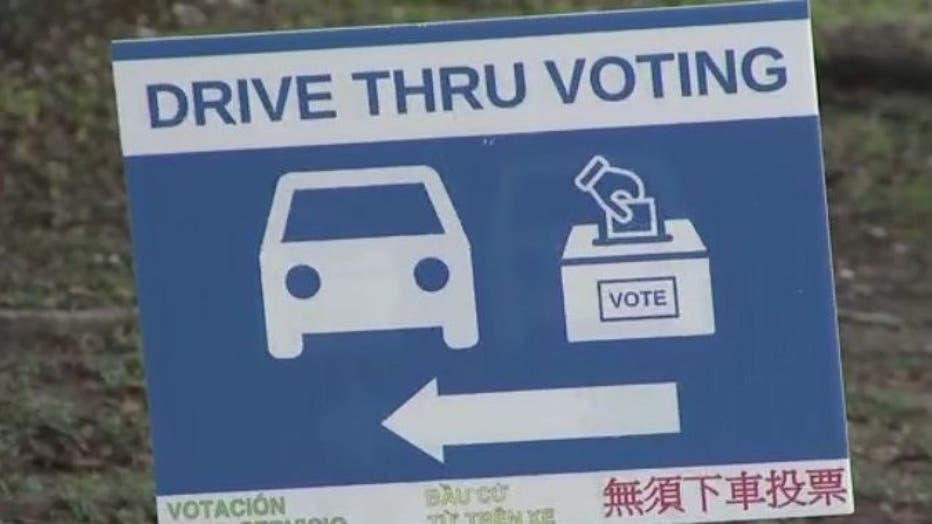 Hanen added that people had already voted and that conservative activists had months to bring a challenge sooner. His decision comes after the Texas Supreme Court rejected a nearly identical challenge over the weekend.

But Hanen still expressed doubts about whether Texas law allowed anyone to vote from their car, even in a pandemic.

“If I were voting tomorrow, I would not vote in a drive-thru just out of my concern as to whether that’s legal or not,” Hanen said.

"Drive-thru voting is safe, secure, legal, and a common-sense way for voters to cast their ballots during a pandemic. It is beyond comprehension that anyone would seek to invalidate 127,000 votes legally cast by voters," Judge Hidalgo said in a statement. "While we fully expect more appeals and litigation from those seeking to suppress the voices of our citizens, we will continue our fight to zealously protect the sanctity of each and every ballot cast here in Harris County."

A record 1.4 million early votes have already been cast in Harris County, the nation’s third-largest county. It's a crucial battleground in Texas, where President Donald Trump and Republicans are bracing for the closest election in decades on Tuesday.

Another 20,000 or more voters were expected to use drive-thru polling locations Tuesday, said Harris County Clerk Chris Hollins, the county’s top elections official. Several voters who already used the drive-thru centers rushed to join mounting opposition to the lawsuit, including a Houston attorney whose wife was 35 weeks pregnant when she cast her ballot. She gave birth to twins Friday.

Trump won Texas by nine points in 2016 but polls have shown Democrat Joe Biden still within reach in America’s biggest red state. Democrats also need to flip only nine seats to reclaim a majority in the Texas House for the first time in 20 years, and have aggressively targeted several races in Harris County.

Harris County offered 10 drive-thru locations as an option for its nearly 5 million residents amid worries of spreading the coronavirus. Woodfill argued that Texas election law makes no explicit allowances for drive-thru voting and framed it is as an unlawful expansion of curbside voting, which is legal in Texas but limited to people who are unable to enter polling places because of their health.

Portions of the hearing were consumed by debate over what exactly qualified as a legal structure for a polling place under Texas law.