FAYETTEVILLE, N.C. -- A Fort Bragg soldier who intentionally drowned his 8-month-old puppy in 2015 was ordered by a judge Tuesday to keep a photo of the dog in his wallet.

Police said Burrow tied up the pup named Riley then threw the animal into MacFadyen Pond in Fayetteville, North Carolina.

Burrow allegedly told investigators that the mixed lab-shepherd pup had run from home several times, and he and his wife could not afford the bills after the dog got hurt. 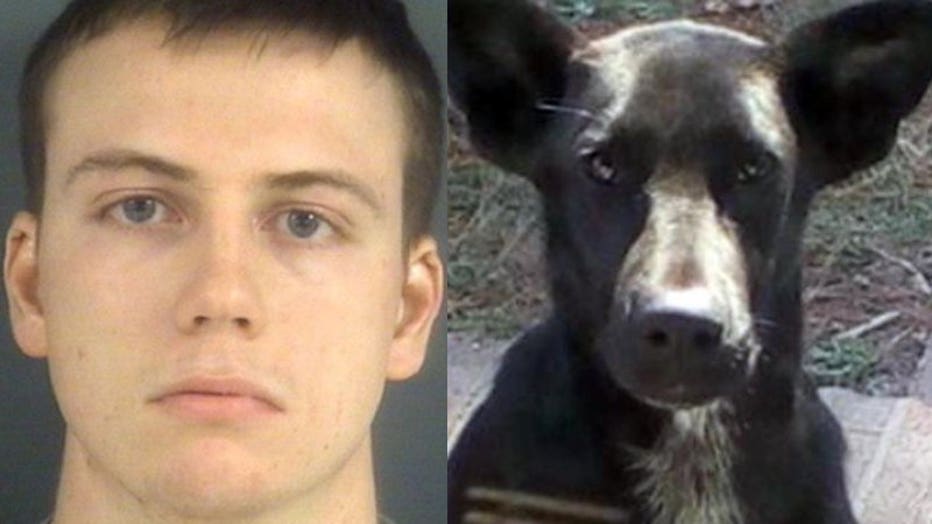 John Burrow will have to carry a photo of the lab mix puppy, Riley, he hog-tied and drowned in a lake, according to a judge's unique sentencing guidelines.

Burrow's neighbors were furious, especially those who had given the couple hundreds of dollars to help pay the veterinarian, according to WRAL.

Ammons also sentenced Burrow 30 days in jail and 100 hours of community service, which he may serve cleaning out the cages at Cumberland County Animal Control.

He won't be allowed to own a pet for five years.

Burrow's wife, 22-year-old Kelsey Caroline Burrow, could also face punishment for a misdemeanor charge of being an accessory after the fact.