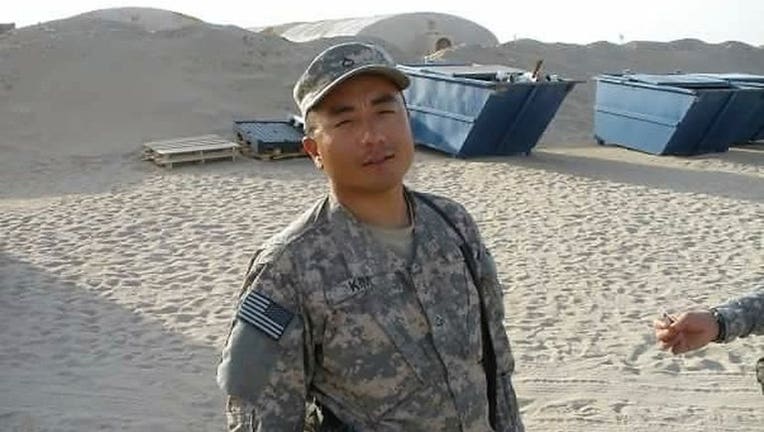 In this undated file photograph courtesy of Chong Kim provided by his attorney Tim Warden-Hertz, Chong Kim poses for a photo in National Guard fatigues. An immigrant rights group is asking the U.S. Department of Homeland Security to release an Iraq W

SEATTLE -- An immigration judge in Washington state has declined to release an Iraq War veteran from custody while he fights the government's efforts to deport him.

Chong Kim, a South Korean immigrant and green card holder from Portland, Oregon, struggled with drug addiction, homelessness and post-traumatic stress following his time in Iraq in 2009 and 2010, leading to convictions for burglary and other charges.

His lawyer and his friends say he's been doing well since completing a substance abuse treatment program run by the Department of Veterans Affairs early this year, but immigration agents arrested him April 5 and brought him to a detention center in Tacoma, Washington. They plan to deport him because of his convictions.

His attorney, Tim Warden-Hertz of the Northwest Immigrant Rights Project, said a judge on Wednesday denied Kim's request to be released.