PERU -- He's serving a 28-year sentence for killing a Peruvian woman. He's also the main suspect in the disappearance of an American teenage girl. But these days, Joran van der Sloot is more focused on his wedding plans than his legal situation.

Maximo Altez, van der Sloot's Peruvian defense attorney, told CNN the 26-year-old Dutch national is getting married "in late May or early June" to a Peruvian woman he befriended in the prison in which he's being held in Lima, the capital.

"They met when she was visiting a relative in prison. They became friends and spent a lot of time together in his cell," Altez said. "Unlike The United States, here in Peru loved ones or relatives can see inmates inside their jails."

Leydi Carol Figueroa Uceda, 23, the bride-to-be, is expecting a baby boy fathered by van der Sloot, according to Altez. She's five months' pregnant. The accountant has a 2-year-old boy from a previous relationship. 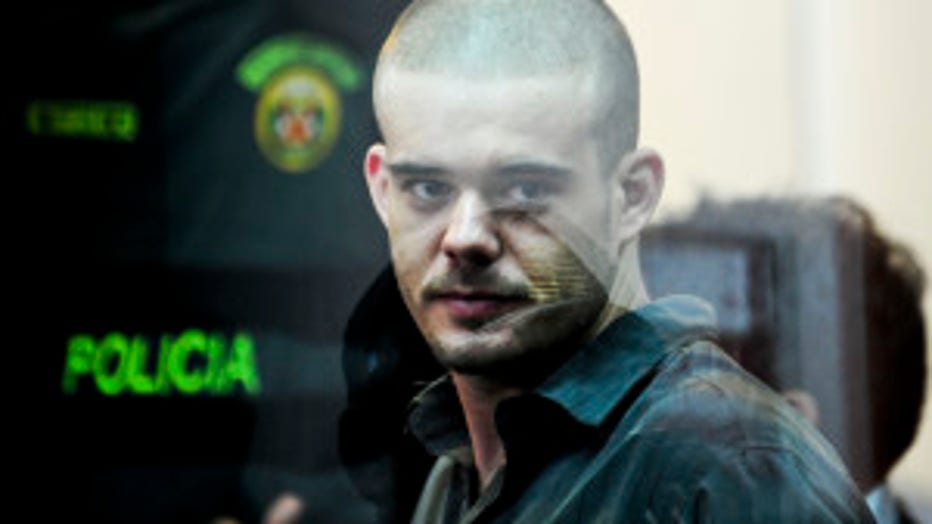 The Peruvian Supreme Court has approved the extradition of Joran van der Sloot to the U.S. on charges of extorting money from the family of missing Alabama teen Natalee Holloway but it will not take place until he serves out his 28-year sentence for

"He's very happy about getting married. Since his girlfriend is pregnant, he wants his child to be born to a married couple and he's anxiously awaiting the day he can get married," Altez said.

According to the defense attorney, the small, private wedding will be held in the prison's chapel.

Van der Sloot is being held in the Piedras Gordas prison, located in Lima's Ancon district. In January 2013, he was sentenced to 28 years behind bars after being convicted of murdering Stephany Flores in 2010.

Flores was 21 when van der Sloot strangled and beat her to death in his hotel room only days after meeting her in Lima, according to prosecutors. They said during the trial he was upset because Flores had asked him about his alleged involvement in Natalee Holloway's disappearance.

Van der Sloot is scheduled to be released on June 10, 2038; but his attorney says the 28-year sentence can be reduced considerably "for good behavior."

The inmate has long been considered the prime suspect in the disappearance of Holloway, an 18-year-old from Alabama. She was last seen in the early hours of May 30, 2005, leaving a nightclub on the Caribbean island of Aruba with van der Sloot and two other men.

Van der Sloot was arrested twice in Aruba in connection with Holloway's disappearance, but was never charged. He has denied responsibility for her disappearance. Holloway's body hasn't been found.

Peruvian media have raised the possibility that van der Sloot is getting married to avoid extradition to the United States.

In June 2010, a federal grand jury in Alabama indicted him on charges of allegedly attempting to extort $250,000 from Holloway's mother, Beth Holloway. Van der Sloot offered to provide what turned out to be bogus information about the whereabouts of Holloway's remains in exchange for the money, according to the indictment.

He was allegedly given $25,000, which authorities say he used to travel to Peru for a poker tournament.

But Altez, his defense attorney, dismissed the suggestion that the wedding is a legal maneuver to avoid extradition, saying the wedding shouldn't be "a big deal."

"He's getting married because he's in love and is having a child. There are no hidden agendas," Altez said. The inmate will be able to meet the baby after delivery.

In compliance with Peruvian law, van der Sloot's attorney is publishing his client's intent to marry in newspapers across Peru on Thursday.

Altez said his client is studying international business at Universidad Alas Peruanas through a prison program and is preparing for tests. Van der Sloot is teaching English to inmates.