Snohomish High School said the Teigen signed old yearbooks and visited with Chrissy's former cheer coach, former teachers, and students.They also dropped in on the school's choir where John accompanied the students on the piano. 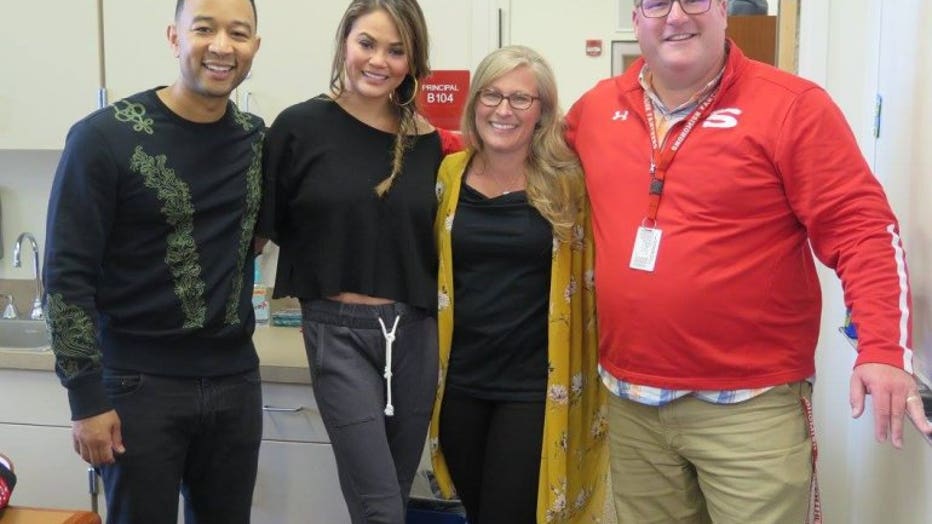 And then the couple and Luna threw out the first pitch at Tuesday's Mariners game.