Here are five facts Reader's Digest compiled on the world of speed eating:

NEW YORK - This year’s Nathan’s Hot Dog Contest champions include a familiar face and a newcomer.

Sudo’s record of 48.5 hot dogs and buns remains the benchmark for female participants. 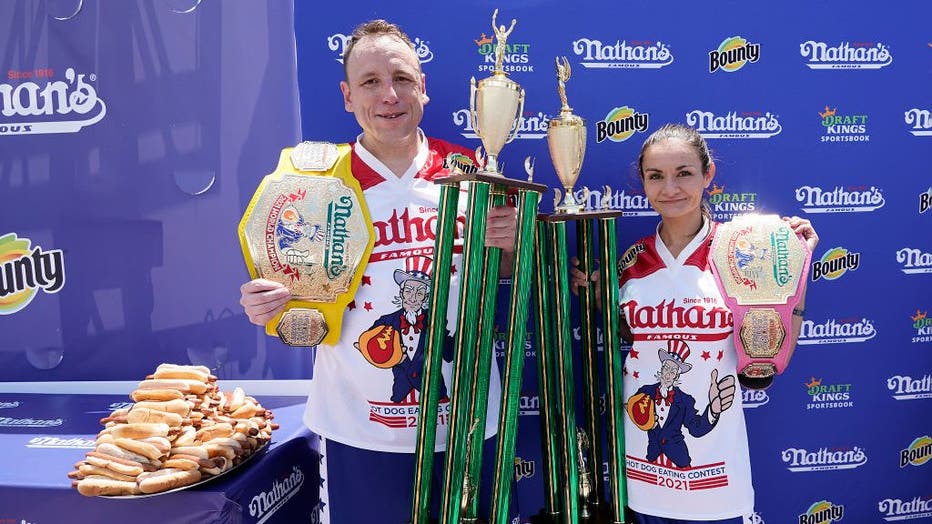 Unlike last year’s event, a live audience was present. The annual competition typically welcomes 30,000 spectators to Coney Island, but the COVID-19 pandemic led organizers to restrict last year’s attendance to competitors and media only.

Even so, America’s recovery from the pandemic has caused much of daily life to resemble pre-pandemic norms. Sporting events and restaurants have welcomed back the public.

The hot dog competition was no different.