Joe Biden maintains a lead over President Trump in Nevada as officials update the results.

LAS VEGAS - Joe Biden has increased his lead over President Donald Trump in Nevada, leading by 20,137 votes in the battleground state.

Biden’s lead nearly doubled from Thursday, when he was leading Trump by about 11,000 votes.

The state has said it will provide an update later in the day on how many ballots are yet to be counted statewide. On Thursday, it reported that number at 190,150.

Results from about 30,000 mail ballots were released Friday.

Nevada has six Electoral College votes and could be decisive as Biden closes in on the 270 needed to win the White House. It’s too early to call the contest, with votes still being counted. 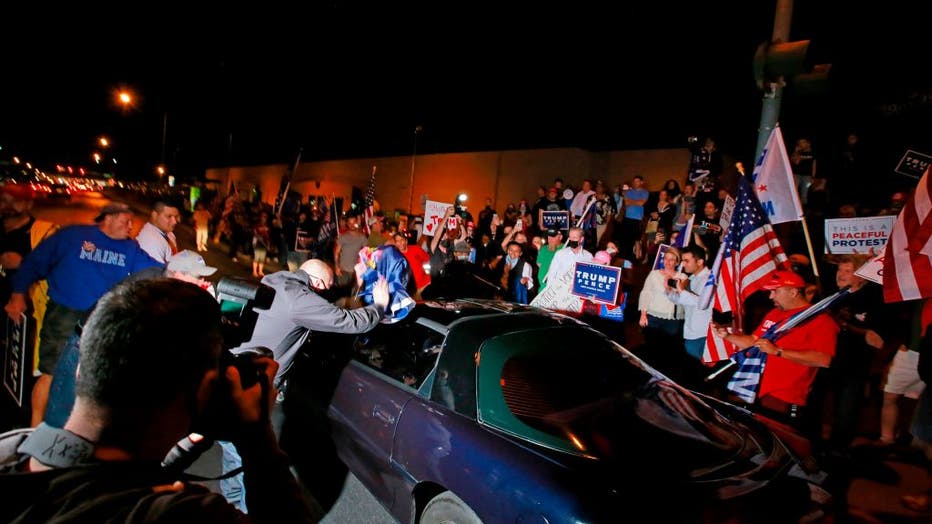 Donald Trump supporters get into an altercation with a driver that stopped to voice his support of Joe Biden during a protest about the Nevada vote outside Clark County Election Department on November 5, 2020, in North Las Vegas. (Photo by Ronda Chur

No Republican presidential candidate has carried Nevada since 2004, but it has remained a battleground. Trump narrowly lost the state in 2016.

Gloria has said the focus is on accuracy over speed and that the large number of mail-in ballots is new and making the counting process take longer than normal.

The state mailed ballots to all active registered voters this year because of the coronavirus pandemic, a move that the Trump campaign previously challenged, claiming it would lead to fraud.