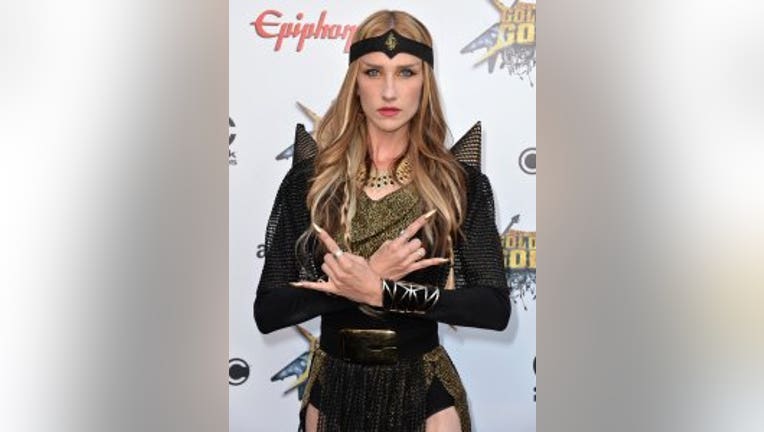 Janus had long struggled with mental Illness, and killed herself outside Portland, Oregon, on Tuesday, her relatives and bandmates said in a statement released through publicist Alexandra Greenberg.

Janus fronted Huntress from the group's inception in Los Angeles in 2009, singing on three full-length albums and on tours with bands including Motorhead and Lamb of God.

Founding member Blake Meahl said on his Facebook page Thursday that he and Janus "spent 9 years together creating a home, having a family and building our passion project Huntress. The devastation of knowing I will never see her again is the most gutting emotion i have ever experienced."

"I hope you have found the peace that you couldn't find on this planet" Meahl added.

The band's sound was classic thrash-inflected metal, with Janus, one of the few female vocalists in the genre, screaming through songs like "Spell Eater," ''Eight of Swords," and "Sorrow" with her long blonde hair and tight, black leather stage suits.

She also sang in an all-female metal band known as The Starbreakers on the side.

Janus had been an advocate for mental health and encouraged fans who were suffering to seek help. Her struggles with bi-polar disorder nearly brought an end to the band in 2018, but they returned for another album and more touring.

The family statement urges those considering harming themselves to call the national suicide-prevention hotline .