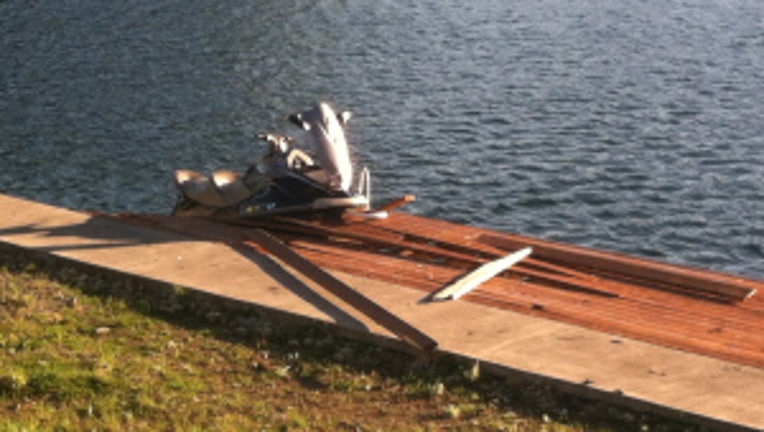 LAKE TAPPS, Wash. -- Two people were seriously hurt in a jet ski accident that happened in the 3000 block of 179th Avenue East in Lake Tapps around 5 p.m. Friday, said a spokesman with East Pierce Fire and Rescue.

Firefighters said two people were traveling at a high rate of speed when the jet ski collided with a dock on Island 21, an offshoot of Driftwood Point.

The Pierce County Sheriff's Office is investigating the cause of the crash.