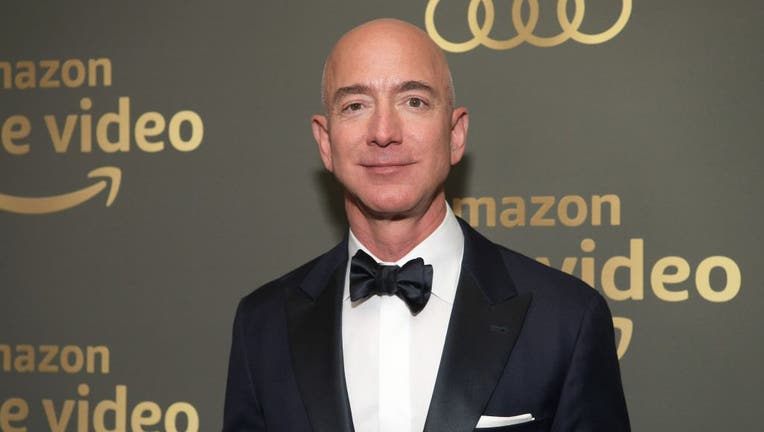 SEATTLE - Amazon founder Jeff Bezos said he will give away the majority of his wealth during his lifetime, becoming the latest billionaire to pledge to donate much of his vast fortune.

Bezos, whose "real-time" worth Forbes magazine estimates at roughly $124.1 billion, made the announcement in a joint CNN interview with his girlfriend Lauren Sanchez that was released on Monday. The billionaire didn’t specify how - or to whom - he will give away the money, but said the couple were building the "capacity" to do it.

"The hard part is figuring out how to do it in a levered way," Bezos said during the interview. "It’s not easy. Building Amazon was not easy. It took a lot of hard work and very smart teammates. And I’m finding - and Lauren’s finding - that philanthropy is very similar. It’s not easy. It’s really hard."

Bezos had been criticized in the past for not signing the Giving Pledge, the campaign launched by Bill Gates, Melinda French Gates and Warren Buffet to encourage billionaires to donate the majority of their wealth through philanthropy.

RELATED: Dolly Parton awarded $100 million from Jeff Bezos to give to charities of her choice

His ex-wife McKenzie Scott signed that pledge in 2019 and has since emerged as a formidable force in the world of philanthropy, showering charities throughout the country with unexpected - and often secretive - contributions. In the past three years, she’s given more than $12 billion to historically Black colleges and universities, women’s rights group and other nonprofits.

Bezos, who divorced from Scott in 2019, stepped down as Amazon CEO last year to devote more time to philanthropy and other projects. Among other donations, he’s pledged $10 billion to fight climate change as part of his Bezos Earth Fund initiative. Last year, he gave $510.7 million to charity, according to The Chronicle of Philanthropy.

On Saturday, Bezos and Sanchez announced they will give a no-strings-attached $100 million grant to singer Dolly Parton, who’s been praised for her philanthropic work that helped create the Moderna vaccine for COVID-19. Bezos had given a similar grant to chef José Andrés and CNN commentator Van Jones last year.