Some JBLM soldiers return home in time for Christmas

Some JBLM soldiers return home in time for Christmas

TACOMA, Wash. -- About 160 soldiers who returned from a nine-month deployment overseas had a joyful reunion with their families at Joint Base Lewis-McChord just in time for the holidays.

The soldiers served at 12 locations in five different countries and fired more than 1,500 rockets in operations against ISIS forces.

Soldier Isiah Candelario said, "You hear the emotion. You see it. It's big, you know? Everybody gets teary-eyed."

Pamela Long, who was reunited with her son, said, "That's my baby! And he turned 21 while he was over there and it's, it's been hard. But I'm glad he's home." 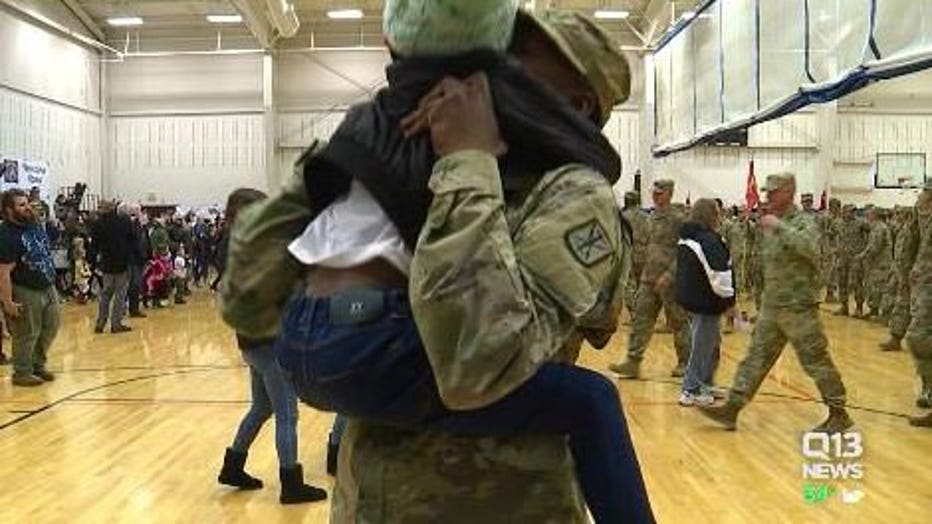